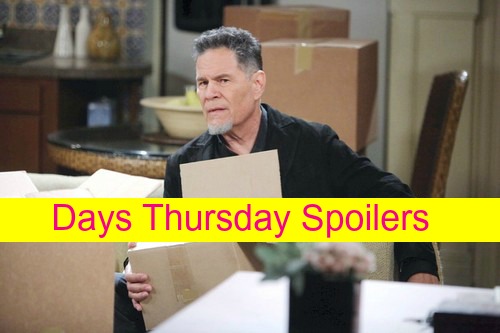 “Days of Our Lives” spoilers (DOOL) for Thursday, October 22, reveal that Sonny (Freddie Smith) will depart once again. When Paul (Christopher Sean) heard that Sonny was planning on heading back to Europe, he tried to convince him to stay. Sonny is obviously in extreme pain and there are people that care about him in Salem.

However, it sounds like Sonny can’t bear the thought of living in town without Will (Guy Wilson) by his side. Of course, we know the real reason for Sonny’s departure. Freddie Smith still wants to pursue other projects, which means Sonny’s brief visit is all DOOL fans are going to get for now. But don’t worry fans, some hot new dudes are on the way! 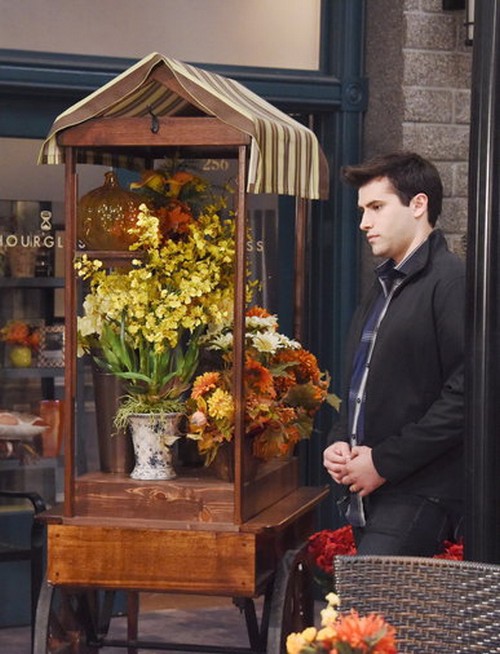 Meanwhile, Rafe (Galen Gering) will decide to let Gabi (Camila Banus) in on some huge news. “Days of Our Lives” spoilers tease that Gabi will be floored once she hears what Rafe has to say. We don’t know for sure what Rafe will spill, but it seems likely that this announcement will be about a relative. Gabi might find out that her father, Eduardo (A Martinez), is back in the picture.

Thanks to Eve (Kassie DePaiva), Rafe learned that Paige (True O’Brien) was Eduardo’s daughter. Rafe may even give Gabi updates on the half-sister she’ll never have the chance to know. It should be tough to process this startling info, but Gabi deserves to hear the truth.

Across town, Abigail (Kate Mansi) will check on Chad (Billy Flynn) at the hospital. Chad remains in a coma, but that won’t stop Abigail from lingering nearby as she contemplates his predicament. “Days” spoilers indicate that Abigail won’t know what to believe anymore. Abigail was so convinced of Chad’s innocence, but Ben (Robert Scott Wilson) claims he came to his apartment on a deadly mission.

Will Abigail trust her former flame or her current fiancé? Since we all know Chad is her true love, it’s easy to see where this is going. Abigail will cling to the hope that Chad has a good heart, but her loyalty won’t sit well with Ben. 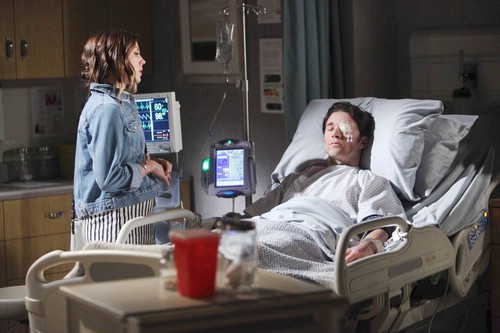 Other “Days of Our Lives” spoilers say Justin (Wally Kurth) and Adrienne (Judi Evans) will have a bit of a tiff. It appears Justin will offer a piece of advice, but Adrienne won’t appreciate it. Since they recently decided not to rekindle their romance, Adrienne believes that Justin needs to mind his own business.

Adrienne will rip into Justin for trying to control her and urge him to worry about his own life. DOOL rumors hint that these two will find a way to make peace with each other eventually. Stick with the NBC soap to see if Justin and Adrienne can sort out their issues.

So “Days” fans, what do you think about the news that Sonny is already leaving again? Will Rafe tell Gabi how she’s related to Paige? Will Abigail’s devotion to Chad cause her world to crumble? What’s next for Adrienne and Justin? Let us know what you think in the comments below and don’t forget to check CDL often for the latest “Days of Our Lives” spoilers, rumors, updates and news.