Days of Our Lives (DOOL) Spoilers: Wally Kurth and Judi Evans Off Contract – Justin and Adrienne Out or Dropped to Recurring 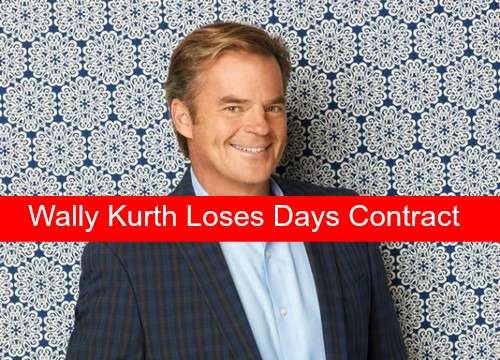 “Days of Our Lives” (DOOL) spoilers reveal that Justin (Wally Kurth) and Adrienne (Judi Evans) may not be around much moving forward. According to Daysofourlives.about.com, inside sources say Kurth and Evans recently learned they’ve been taken off contract. They were undoubtedly stunned by the news since they both signed on the dotted line earlier this year.

When the new head writers took over, DOOL viewers were promised a great love story for Justin and Adrienne. Unfortunately, we haven’t really seen that so far. To sum it up, Justin had an affair with a colleague on his extended business trip and Adrienne began seeing Lucas (Bryan Dattilo).

Adrienne and Justin eventually decided to try one more time, but they ultimately threw in the towel on their relationship.

Perhaps there was just too much going on with the serial killer storyline and Bo’s (Peter Reckell) return arc. There wasn’t much room for anything or anyone else. The past few months have given “Days” fans some gripping scenes, but many characters had to be placed on the backburner to let them play out.

It looks like we’ll soon shift to major drama for Daniel (Shawn Christian), Nicole (Arianne Zucker) and Eric (Greg Vaughan). Plus, we’ll have lots of Ava Vitali (Tamara Braun) chaos, Hernandez family drama and loose ends to wrap up from Ben’s (Robert Scott Wilson) rampage. That could leave Justin and Adrienne in the background as their last contract episodes fizzle on screen.

We don’t know for sure if Kurth and Evans will be kept on recurring status. However, there’s a chance that Kurth will bolt back to “General Hospital” if he’s not tied down.

Kurth left the ABC soap to pursue a full-time gig at “Days of Our Lives,” but he could reprise his role as Ned Ashton on GH once he’s free. Of course, there might not be room for Kurth over there either. In that case, Kurth might stay put and take whatever airtime he can get at “Days.”

As for Adrienne, it’s possible that she’ll stick around as a love interest for Lucas. Then again, Dattilo’s role on DOOL could dwindle as well. As more new and returning characters are being added into the mix, several old favorites are getting muscled out.

Time will tell if that’s a good strategy, but most viewers are still feeling positive about the overall direction of the show. Stay tuned to “Days of Our Lives” for updates on where things will go from here.

So “Days” fans, what do you think about the news that Wally Kurth and Judi Evans are likely now off contract? Do you think they’ll leave the show entirely or remain on recurring status?

Are you disappointed that the writers haven’t done much with Justin and Adrienne lately? Voice your opinion in the comments below and don’t forget to check CDL often for the latest “Days of Our Lives” spoilers, updates and news.