‘Days of Our Lives’ Spoilers: Will Stefano Kill Clyde for Role in EJ DiMera’s Death – Is James Read Leaving DOOL? 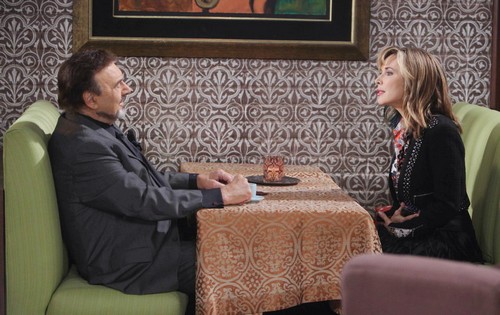 “Days of Our Lives” spoilers reveal that a battle is brewing between two of Salem’s biggest baddies. It appears Clyde (James Read) will get an idea of how he can pull a fast one on Stefano (Joseph Mascolo). Clyde will stop by the mansion to introduce himself and hand over a token of his appreciation for the recent cover story. DOOL viewers know that Stefano purchased Sonix Magazine for the purpose of gathering information on Clyde. It’s possible that Stefano already knows about Clyde’s involvement in EJ’s (James Scott) death and his revenge plan is currently in motion.

Whatever the case, Stefano won’t be fooled by Clyde’s attempt to get chummy. Clyde oozes shadiness and Stefano will instinctively realize that Clyde’s up to something. “Days of Our Lives” spoilers hint that Clyde will have an ulterior motive for getting acquainted with Stefano. Clyde may think he’s in Stefano’s league, but we all know he’s no match for “The Phoenix.”

Clyde is already on Victor’s (John Aniston) watch list thanks to his part in Sonny’s (Freddie Smith) stabbing. Victor seemed to back down once Clyde threated his family, but Stefano won’t retreat as easily. There’s a good chance Stefano will make Clyde and every last one of his minions pay for harming a DiMera. Stefano doesn’t always work swiftly, but he never forgets about vengeance. When the time as right, you can bet that Stefano will make Clyde wish he’d never set foot in Salem. 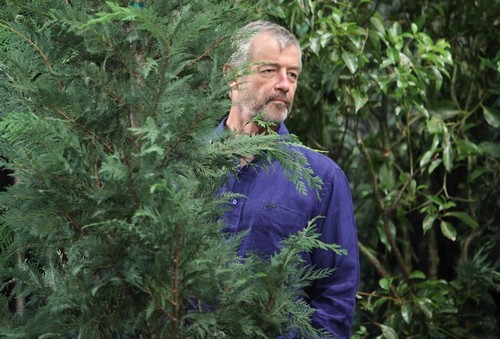 “Days” rumors say that the explosive showdown between Clyde and Stefano could be coming up soon. With all the action surrounding DOOL’s 50th anniversary this fall, there probably won’t be much airtime for Clyde and his hillbilly antics. Bo (Peter Reckell) and Patch (Stephen Nichols) will soon kick another adventure in gear, which means Clyde could be out of the way by then. There have been some rumblings that Clyde could be the next character cut from the NBC soap. If Hope (Kristian Alfonso) and Rafe (Galen Gering) figure out what Clyde has been up to, they’ll undoubtedly lock him up. Of course, if Clyde is forced to face Stefano’s wrath, he’ll meet a far worse fate. Stick with “Days of Our Lives” to see if Clyde will pay the price for thinking he’d get away with murder.

So “Days” fans, what do you think about the news that Stefano and Clyde will finally meet? Is this the beginning of the end for Clyde? Does Stefano know that Clyde played a role in EJ DiMera’s death or will he get updates soon? Let us know what you think in the comments below and don’t forget to check CDL tomorrow for the latest “Days of Our Lives” spoilers, rumors, updates and news.