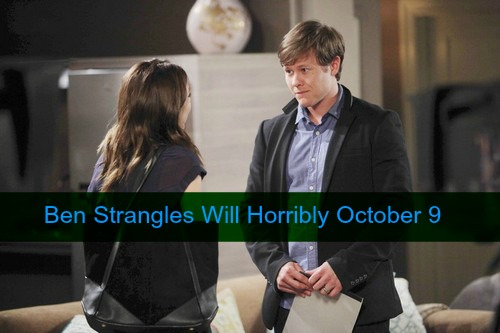 “Days of Our Lives” spoilers reveal that Will’s (Guy Wilson) days are numbered. Ben (Robert Scott Wilson) recently asked Will to be the best man at his upcoming wedding. Unfortunately, Will won’t be around long enough to do the job. It seems Will’s going to uncover a stunning clue that points to Ben as the killer.

Maybe Abigail (Kate Mansi) will let Will into the apartment and he’ll start digging around while she’s gone. It might even tie into Will’s best man duties in some way. Whatever the case, Ben will catch Will snooping and he’ll know what he has to do. We should see Will to take his last breath on Friday, October 9.

Based on DOOL’s latest promo, it appears an unmasked Ben will kill Will in the privacy of his own home. That means Ben will likely have to move the body somewhere to avoid implicating himself. The promo also features a female screaming as if she’s found Will’s corpse. 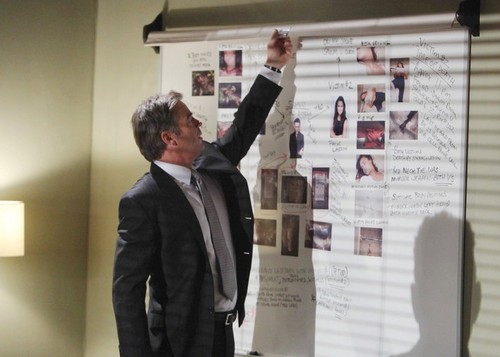 We don’t know for sure who will make the shocking discovery, but the shriek sounds like it could belong to Gabi (Camila Banus). It would be tragic for Gabi to find her child’s father left for dead. Of course, Abigail is another option to consider. Abby is close to Will and she’d undoubtedly be horrified to view Will after the killer’s done the deed.

There’s also a possibility that Sami (Alison Sweeney) could return home to check on her mom, especially since Marlena (Deidre Hall) was recently attacked. Will’s death will probably be the cliffhanger on Friday and Sami should start her “Days” stint on Monday, October 12.

The timeline would fit, but somehow the cry doesn’t quite sound Sami-esque. “Days of Our Lives” fans know that Sami has a good set of lungs and she can really let those screams rip. This one sounds a little less forceful, but you never know. It should be a heartbreaking scene no matter who finds Will cold and lifeless.

As for Ben, it’s clear that he means business. It looks like Ben will have to put some serious muscle into this strangling. You can expect several intense scenes as Will fights for his life. Alas, Will doesn’t stand a chance against Ben’s biceps and rage. Will’s murder will rock Salem to the core. Nearly everyone in town knows Will and there will certainly be plenty of tears.

Paige’s (True O’Brien) funeral was sad, but Will’s memorial service is going to be especially heartbreaking. This character has grown up on the show and has been beloved by many. Sami and Lucas (Bryan Dattilo) will have a tough time saying goodbye to their son. Sonny (Freddie Smith) will be back to mourn as well. We haven’t even begun to cover Will’s grandparents, cousins, friends and so on. DOOL rumors hint that this is going to be brutal. Stick with “Days of Our Lives” to see the massive fallout of Will’s death.

So “Days” fans, what do you think about the news that Ben will kill Will to keep him quiet? What could Will find that points to Ben’s guilt? When everyone gets updates on the third murder victim, will all of Salem cower in fear? Are you sorry to see Guy Wilson leave DOOL? Let us know what you think in the comments below and don’t forget to check CDL often for the latest “Days of Our Lives” spoilers, rumors, updates and news.