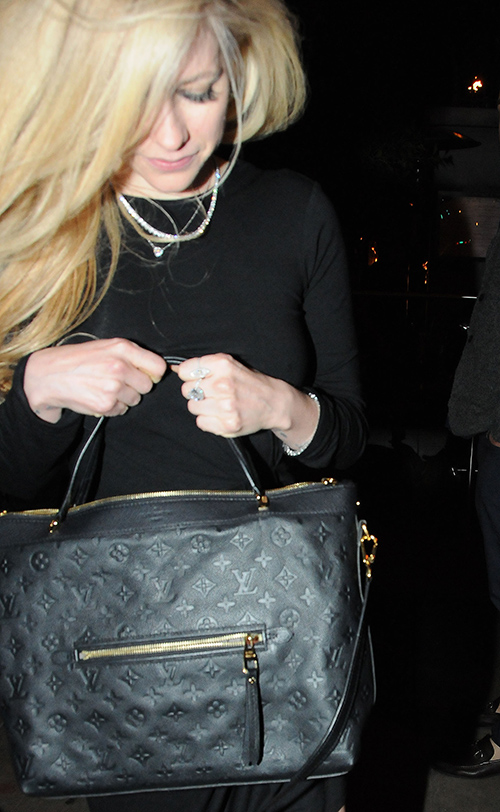 Demi Lovato and Avril Lavigne are embroiled in a full blown feud on the set of the animated movie ‘Charming.’ Apparently, there is not enough room for both divas on the cast. Demi Lovato has always been a bit intense, and Avril Lavigne certainly is not the first person in Hollywood to clash with her. But, with that being said, what could the two women honestly have to compete over in an ANIMATED movie?

According to this week’s edition of Life & Style Magazine, Demi is actually serving as an executive producer on the movie – and Avril Lavigne is not taking too kindly to having to follow her orders. An insider on set of ‘Charming’ dished to Life & Style Magazine, “It has been a nightmare. They are both so strong willed and outspoken that what starts off as a suggestion from either Demi or Avril turns into a full blown argument.”

It’s unclear what caused things to go sour between Demi and Avril – they were obviously on good terms at some point because Demi is the one that got her the job on ‘Charming.’ The Life & Style insider added, “Demi is an executive producer on the score for the film, and she is the one who recommended Avril for the role of Snow White. But now they can’t stand each other, there is a lot of eye-rolling and name calling.”

Demi Lovato can be a tough pill to swallow. Avril certainly won’t be the first or last celeb to have an issue working with her. In Demi’s defense, Avril Lavigne has always had a bit of an issue with authority – so really it’s not that surprising that the two women can’t get along with each other. Hopefully, they can suck it up and finish up ‘Charming’ because it looks like a super cute movie!