‘Dexter’ With Michael C. Hall Allegedly Getting Reboot In 2017 – Show Will Rewind To Season 4 And Correct Flaws? 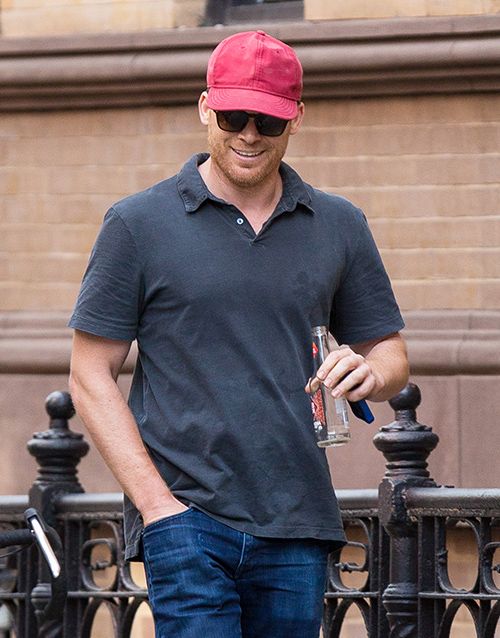 “Dexter” spoilers tease that Michael C Hall may have signed a contract for two more seasons of the hit Showtime crime drama. Hall said goodbye to Dexter Morgan in 2013. Ever since the finale aired, fans have spoken about the highly disappointing sendoff Dexter was given. Is it possible that after nearly three years, Showtime will resurrect Dexter Morgan, and bring new life into the critically acclaimed primetime show?

Just going through “Dexter” official Twitter page, you are reminded how widely popular the show was in 2013. Showtime finally picked up on the fact that the fans were not happy with the way the show ended and demanded Dexter Morgan be given a better conclusion.

Whether you agree with the ending or not, the vast majority of the fans were not pleased. “Dexter” spoilers trickled in a few weeks ago that Showtime was planning on bringing the show back with one change—Michael C. Hall would not agree to reprise the role of Dexter Morgan.

Fans panicked! How could they have “Dexter” on air without Michael C Hall? After all, he IS Dexter! After negotiating for what seemed like several years, reports have surfaced that Michael C Hall has agreed to reprise the role of Dexter for two more seasons.

The writing team and production staff have scrambled for years trying to piece together the best way to resurrect Dexter, and appease the fans. They had toyed with the idea of a spin-off featuring Harrison, Dexter’s son as a teenager or making a “Dexter” movie starring Michael C. Hall.

HoRRoR posted to Twitter TPTB at Showtime were in talks of a “Dexter” reboot. The reboot would rewind to season four, and all the characters that died in seasons five through eight would be alive, again. They would backtrack and correct many of the wrongs, including Rita’s [Julie Benz] murder.

“Dexter” writer Jeff Lindsay stated that Dexter Morgan should not get a happily ever after. He was a serial killer, and it shouldn’t be rewarded. His idea for a reboot was that Dexter was dreaming in the last scene of the finale. He wasn’t able to get away and was caught. The start of the season nine premieres would show Dexter at Florida’s state prison on death row.

It looks like there are a wide variety of ideas of which way the show could go. It is comforting for the fans to know Showtime is planning on bringing it back. The reports stated that “Dexter” season nine should be released in early 2017. Check back later for more “Dexter” spoilers, news and updates!