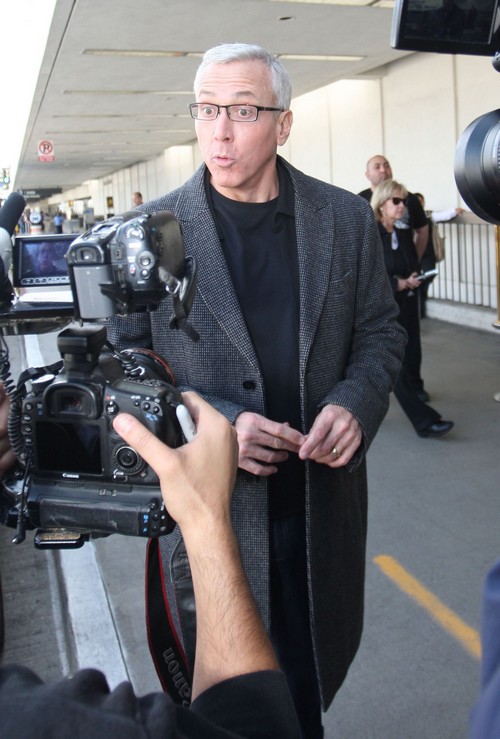 Dr. Drew Pinsky is known for helping an immense amount of patients get their act together and sober up on his reality shows, as well as off camera, but now, Dr. Drew has come out and revealed on Thursday, June 4, that he has his own history with drug abuse including cocaine.

Dr. Drew made the announcement on his HLN TV show, Dr. Drew, when he was discussing the family scandal surrounding the Duggar family, and the idea of being perfect.

He said, “I did drugs and alcohol when I was 22, 23 years old. I think I went around denying it when my kids were younger. There’s a very strict parenting rule I have which is ‘you do not tell anybody what you did in your adolescence/young adulthood unless you want your kids to do the same.”

Dr. Drew says that now that his kids are finished school he feels free to talk about whatever he wants, including his past. “My kids just graduated from college so I can talk about anything right now. I did drugs — cocaine, alcohol, pot.” Dr. Drew goes onto say that during his partying time he realized that he did not like using drugs, and once he started seeing his friends being unable to stop, is when he realized he did not want to go down that road.

This is the not the first time rumors regarding Dr. Drew’s past have surfaced. Back in 2010, KROQ DJ Jim Trenton told Life & Style magazine that he knew of Dr. Drew’s partying lifestyle and that he had witnessed Dr. Drew doing cocaine during the 1980s. Until now, however, Dr. Drew has not confirmed these rumors and they have only been speculation.

Dr. Drew was combatting the idea of perfection, saying that it is not an attainable goal. He said, “I am not perfect. I was a screwball like everybody else. I changed A LOT since I was a student.”

What do you think of Dr. Drew’s confessions? Does it discredit him as a doctor, or do you appreciate his current honesty despite his past hypocrisy? Let us know in the comments below.