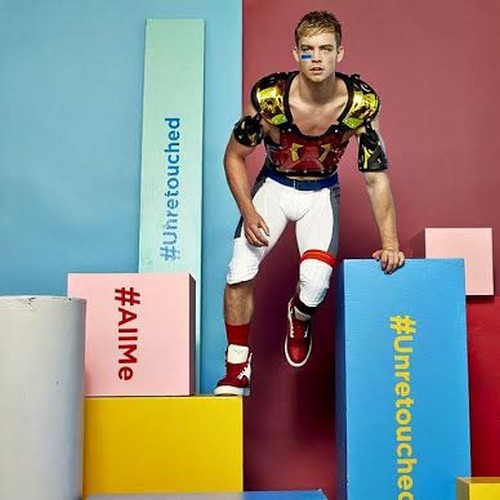 The title of the episode pretty much says it all – ‘The Guy Who Gets a Hickey.’ What is the factor that always leads to romance and drama? Is it just hormones or a need for companionship during a challenging time?

“We are all stuck together in a stressful situation and it’s bound to happen in any situation. Given the circumstances, maybe people just need to have the feeling of support or have someone to talk to. People start to like each other, but that’s what just what happens sometimes.”

Do you think it’s possible any kind relationship started during ‘America’s Next Top Model’ will last outside the show?

“Definitely, if it’s real, it can last. But, if the feelings are based only on the emotions at that time, it will probably fade.”

Nyle stated that you were the only one who made a sincere effort at learning sign language so you could communicate with him. Is that true, and if so, why do you think the other contestants weren’t as open to making the effort?

“He’s my friend. I wanted to communicate with him because that is what you do for friends. As for the rest, I can’t speak for them, but I will say that it’s a contest. Maybe they tried to keep it simple? Remember everyone is a competitor in the end.”

This episode also touched on the topic of perfection and photo retouching. Basically, models who need little touchups are more desirable and bookable. How does anyone, including a genetically blessed model, deal with the pressure of perfection?

“Being able to look good on camera is different than looking good in person. Being a model is about knowing how to create a good picture, being photogenic, and creating an image for the client. For example – If you’re doing a project that will focus on muscle tone, then you need to prepare for that and be able to change and accommodate. Hit the gym, gain some weight, whatever you need to do.”

There drama is certainly intensifying. How do you feel about the cliques the stuff going on behind the scenes?

“It didn’t bother me. I tried to ignore it and focus on what I needed to do. They have their friendship, which is fine, but I didn’t let that pressure get to me. Others had a different reaction. Alexa walked out at one point.”

Here’s the time-machine question – If you could go back and change one thing during your time on ANTM, what would it be?

“I would keep it together better. I smiled too much, but that’s just who I am. I definitely would have focused on the serious side of it more.”