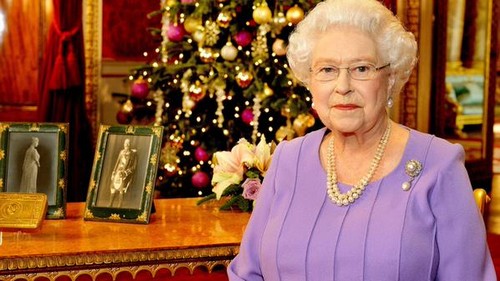 Every year, Queen Elizabeth honors a list of public figures, celebrities, and politicians. In her 2015 New Year’s Honors List, Queen Elizabeth included several of the usual suspects, but it’s her selection of Maurice Mills that’s causing issues. Maurice Mills, the Northern Irish Counselor, was awarded the honor for his ‘services to the local government’, but it’s his staunch anti-gay stance that’s causing a mini-PR disaster for the royal family.

That being said, the fact that Maurice Mills was so staunchly anti-gay wouldn’t have escaped the Queen’s notice, whether by her own research or because some royal aide told her. In fact, Maurice has been so excessively anti-gay that he once blamed Hurricane Katrina on being caused by homosexuality. He reportedly stated in 2005, “The media failed to report that the hurricane occurred just two days prior to the annual homosexual event called the Southern Decadence Festival… Surely, this is a warning to nations where such wickedness is increasingly promoted and practiced.” Uh….

People are furious about Maurice’s selection on the Queen’s list, and they’ve already started a Change.org petition to get rid of his new honor. One of the people who definitely signed the petition? Ellen Page.

Ellen recently came out as a lesbian in a very moving speech broadcast to practically all of Hollywood, and she’s since become very outspoken about LGBT rights. She tweeted a link to a Vice article addressing the Maurice Mills controversy, captioning the link, “F*ck that.”

Right on, Ellen, right on. The Queen may have thought that people had better things to worry about than fixate on the homophobic behavior of one of her selections, but she probably doesn’t realize – or doesn’t care – that this is a big deal, especially in 2015.