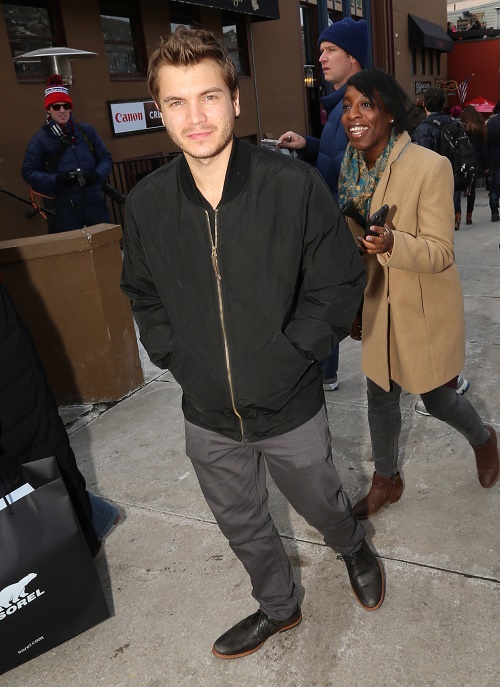 Emile Hirsch is the latest actor to be charged with assault for allegedly attacking a female Paramount executive, Daniele Bernfeld. Hearing about an actor getting arrested and charged with assault has no longer become a rare occurrence, which is both sad and points to the state of Hollywood right now.

The details of what caused Emile to single out Daniele are still unclear, but the incident took place at the Tao Nightclub in Park City, Utah during the Sundance Film Festival. On January 25th, a drunk Emile Hirsch reportedly went up to Daniele Bernfeld, who he purportedly didn’t know at all. He allegedly grabbed her by the neck after exchanging a few words with her, threw her to the floor, and then proceeded to put her in a chokehold.

The authorities were quickly involved [obviously], and Daniele reportedly told them that she immediately blacked out after being put into the chokehold. Thankfully, two people at the club pulled Emile off Daniele, but not before several marks appeared on Daniele’s neck. When the police arrived, they questioned everyone involved, and Emile reportedly admitted that he had been drinking for a few hours.

This incident was somehow kept under wraps for a few weeks, but official reports confirm that Emile Hirsch has now been charged with third degree felony aggravated assault, and one charge of misdemeanor intoxication. The felony assault charge could land him in prison for up to five years if he’s convicted, and I don’t see how he won’t be. I’m sure he’ll end up taking a plea deal or trying to work something out with the prosecutors, especially because there are several witnesses who saw what happened at Tao Nightclub that night.

So far, neither Emile Hirsch nor his reps have issued any statement, and we still don’t know what led Emile to such a reckless and horribly uncalled-for attack. We know he was at the Sundance Film Festival for his film ‘Ten Thousand Saints’, but that’s really all we know.

What do you guys think? What made Emile attack a random Paramount executive that he claims not to have known? Let us know your thoughts in the comments below.