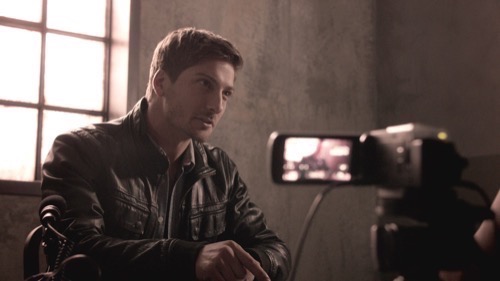 Tonight on MTV their new series Eye Candy continues with an all new Monday March 9, season 1 episode 9 called “FYEO” and we have your weekly recap below. On tonight’s episode, Lindy [Victoria Justice] turns to Jake [Ryan Cooper] for help in investigating her sister’s abduction.

On the last episode, Lindy was drawn into the past by a message from the killer; and also unearthed shocking revelations about her case. Did you watch the last episode? If you missed it, we have a full and detailed recap right here for you.

On tonight’s episode as per the MTV synopsis, “Lindy turns to Jake for help in investigating her sister’s abduction; and Tommy and Connor uncover information about the serial killer on the dark Internet.”

It sounds like Eye Candy is going to be an awesome new show. Don’t forget to check CDL for our live recap of Eye Candy episode 9 at 8PM ET!

It’s a day of discoveries on tonight’s all new episode of “Eye Candy” and not everyone is going to like what they hear. After finding out last week that the Cyber Unit had handled a case similar to that of her missing sister, Lindy confronted Sgt. Shaw about it. And what she learned was disturbing.

Apparently, six other girls had been abducted besides Sara. And one of them was Shaw’s niece. So Shaw had made the case personal. She put all of the Cyber Unit’s funds into finding her niece and she broke several laws in doing so. Yet, there was a light at the end of the tunnel for her.

Her niece had escaped the girls’ kidnapper and she had eventually led the police into finding five other girls. The seventh on other hand is most likely dead and according to Mary, her name was Sara. Sara it seems had overdosed on the painkiller the girls were being force-fed everyday. And, the incident in which their kidnapper had become distracted in trying to help Sara; made him accidentally leave the keys to the girls’ cages behind.

So Mary was able to escape because of Sara and she felt so incredible sorry when she told Lindy her sister was dead. But she also saw no other possibility for the girl that used to sleep in a cage next to hers. Lindy, meanwhile, is refusing to believe the last few years have all been for nothing.

She had a hacker friend of hers look into a Jane Doe that had been brought in on a drug overdose around the time the other girls were rescued and she’s literally going to dig up a grave in order to identify the body. Yet, as she’s busy committing a crime, she basically left the Cyber Unit to fend for themselves. And that was after she had found out what happened to Shaw.

The Virtual Killer had made a play for Shaw in the woman’s own home and though she managed to escape – she then ran into an oncoming car. So right now Shaw is in the hospital. And the doctors say her condition is precarious.

But before she was put in her coma, Shaw had managed to catch their killer’s face. So the killer must know that her waking up is probably going to be the worst thing for him and Tommy, being as strategic as always, knows that he has to play on that emotion.

Oliver Stuart’s body had finally been found and seeing as he was especially close to Connor – Jake used the other man’s feeling for the victim to get him to agree to spy on his boss. Hamish, the jerk Connor has been working for, has always expressed an unnatural interest in the Virtual Killer’s case. And because of that he’s considered a chief suspect.

He has means, has opportunity, and he’s tried to make a profit off of the killings. Yet, when it came down to it, Hamish wasn’t their killer. He instead merely created the Babylon Portal (the infamous site where anything and anyone can be sold) and knew more about the killings than he was letting on.

So Hamish called in Tommy once he noticed the man was sneaking around his offices. Apparently he wanted to make a deal. In return for closing down Babylon and getting away scot-free, he was willing to offer up tidbits about the killer. And Tommy found himself taking the offer.

Lindy was still searching for her sister’s possible body with Jake and was taking some time for herself as well – the killer struck again. Only this time he didn’t go after Shaw. It looks like he wanted to hurt Sophia.

Luckily, though, Sophia’s friend Tessa was there. Tessa was the one that was impersonating Lindy on her dates and she did so because she truly did have a death wish. Unfortunately for Tessa, she was dying and she wasn’t brave enough to kill herself. So when she saw the killer was about to target Sophia – she asked him to kill her instead.

And that’s exactly what he did.

Yet the exchange Tommy made did at least pan out. It showed someone had offered a bounty on Reiss using the Babylon portal. So that means the Virtual Killer wasn’t the one that actually killed him. And that destroyed Jake’s alibi.

Jake is the Virtual Killer and Shaw even identified him when she later woke up in the hospital. But can the cyber unit get to Lindy before Jake hurts her?