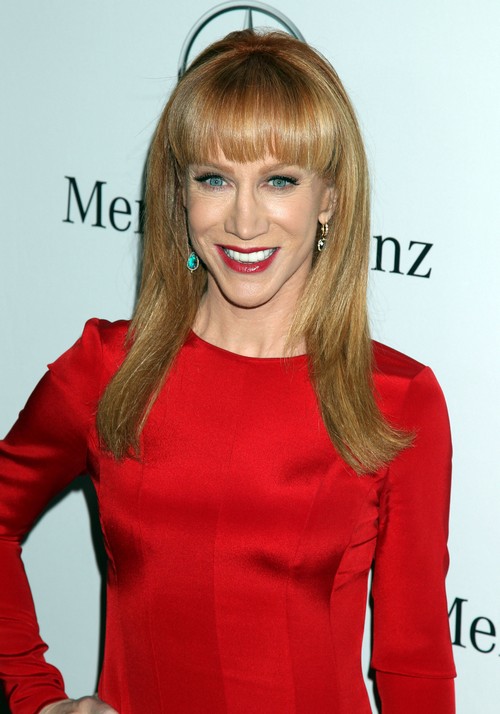 Apparently, Kathy Griffin’s vision and her sense of humor did not align with the show’s sense of humor, and Kathy tweeted about her departure, adding, “I thought I could bring my brand of humor to Fashion Police so that beautiful people in beautiful dresses could be teased when appropriate. My brand of humor, while unrepentant and unafraid, is all about CONTEXT. There’s plenty to make fun of in pop culture without bringing people’s bodies into it. I do not want to use my comedy to contribute to a culture of unattainable perfectionism and intolerance towards difference.”

Kathy also spoke about being a champion for people of color, so understandably, most people are assuming that she’s talking about the Zendaya controversy. And since Kathy had initially stepped in to serve as a replacement for Joan Rivers, one can imagine why she’s feeling overwhelmed by the show’s new direction. The racist comments that Giuliana Rancic made towards Zendaya, and they were racist, have been widely met with backlash, but the people most offended seem to have been her cast mates. Plus, nobody in Hollywood wants to work with Giuliana anymore, not after her racist comments – and E! should know that by now.

E! also confirmed Kathy leaving the show, although they were a lot more professional about her departure than she was. Kathy clearly hasn’t held back on her feelings, but it’s very clear that she didn’t agree with Giuliana Rancic’s racist comments on Zendaya – and honestly, with Kelly Osbourne’s departure and now Kathy Griffin’s departure, there’s no way the show is coming back.

Our friends at Naughty Gossip confirm as much, saying that even though E! is saying that the Fashion Police will come back, other sources are confirming that it’s done. The show is cancelled, and unless there’s a spring miracle, nothing’s bringing it back – short of Joan Rivers returning from the dead.

What do you guys think about The Fashion Police getting cancelled? Let us know your thoughts in the comments below.