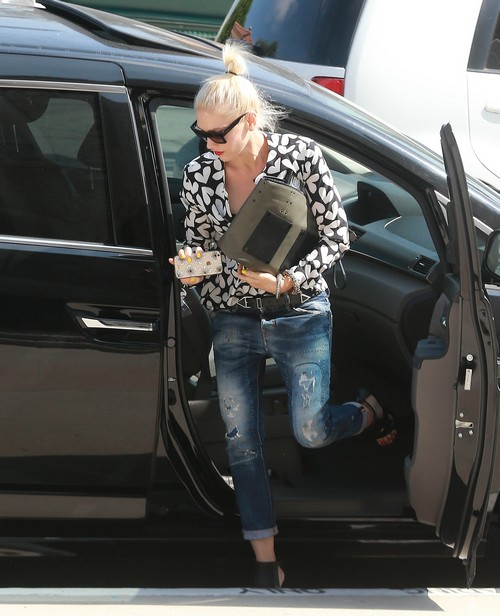 It’s hard to keep track of all of the celebrity divorces this summer, but Gavin Rossdale’s and Gwen Stefani’s break-up after 13 years of marriage was definitely the most unexpected one – and took us all by surprise. There really was no evidence that the couple’s marriage was really in trouble, in the past things have been rocky between Gwen and Gavin – but over all they seemed to be in a good place. Then, on August 3rd the couple release a joint statement announcing they had pulled the plug on their marriage and filed for divorce.

Instantly cheating rumors hit the internet, general consensus was that Gavin Rossdale had cheated on Gwen Stefani and that is why she filed for divorce. In 2009 Gavin confirmed that he was bi-curious, and had an affair with a cross-dresser named Marilyn for many years before he married Gwen. Gavin’s ex Marilyn revealed that he was still in contact Gwen’s husband – and Marilyn believed that the reason they broke up was because Gavin finally came to terms with his sexuality.

According to a new report from In Touch , Gavin and Gwen’s divorce was related to his relationship with Marilyn – but it also has to do with the women that he has been cheating on Gwen with before they even said their “I Do’s.” A woman dished to In Touch back in 2002 that she had an affair with Gavin when she met him at a party, and they hooked up and “engaged in oral sex.” The mistress went on to say that Gavin lied to her and told her that he and Gwen were breaking up. A few years later Courtney Love confessed to Howard Stern in an interview that she had an 8 year long affair with Gavin – and his wife Gwen knew all about it!

In Touch Magazine’s inside source dished, “The pair have been in counseling for years and Gavin’s sexuality was a major part of their sessions, trying to fix these urges he had to be with other men. It was emotionally exhausting for Gwen.” The insider goes on to say that Gwen “flipped” when she learned he was still talking Marilyn, and on top of his cheating – that was the final straw.

Were you as shocked as we were by Gwen and Gavin’s divorce? If Gwen knew he was cheating all along, why did she remain married to him? Was Gwen cheating too? Let us know what you think in the comments below!