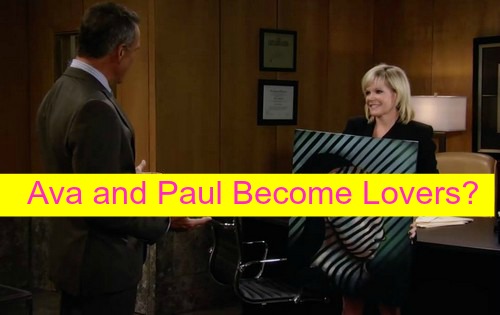 “General Hospital” (GH) spoilers indicate that Sonny Corinthos (Maurice Benard) may think he has the upper hand on Ava Jerome (Maura West) in the Avery custody battle, but he’s got a surprise coming to him. You cannot ever count Ava out – she’s like a cockroach you squash but then doesn’t die.

She keeps coming back again and again. Sonny is just too cocky to realize that his lady nemesis may just be too much for him to handle.

Unfortunately for Sonny, he’s putting too much faith in his rat-fink brother Ric Lansing (Rick Hearst). Sure Ric doesn’t mind getting his hands dirty and will do anything to try and earn Sonny’s respect, but that doesn’t mean that Ric is clever enough to pull it off. That guy seems to come in last no matter what.

Not sure why Sonny didn’t latch on to Diane Miller (Carolyn Hennessy) to handle the custody case. Diane is a shark while Ric is more of a bottom feeder.

Of course, Ava’s lawyer Scotty Baldwin (Kin Shriner) doesn’t seem to have any brilliant ideas in play to make sure Ava keeps baby Avery either. Scotty’s brilliant idea is for her to work out a deal with Sonny, but Scotty should know by now that you can’t negotiate with Sonny – the man is too stubborn and too sure of his own superiority and sense of entitlement to share anything, much less his daughter. But Ava, at least, is smart enough to know that and won’t even try.

Instead, Ava turns to someone far cleverer than Scotty, Ric or Sonny – Paul Hornsby (Richard Burgi) who will give her winning advice. Paul wants Ava to aggravate Sonny into an outburst in court and that’s a golden strategy that will work out even better than Ava hoped.

Port Charles judges all know the name “Sonny Corinthos” is synonymous with crime and violence – and as soon as Ava can provoke Sonny into showing his true colors, she’ll look far better by comparison.

Unfortunately for Ava, just getting Sonny to go nuts is not enough to win the day, but it’s a step in the right direction. What’s also good for Ava is that Sonny is already on edge because Carly Corinthos (Laura Wright) will not show up for the hearing. Carly has, once again, chosen Jason over Sonny.

Even if Carly doesn’t have a romantic relationship with Jason, it’s certainly the most significant and consistent relationship in her life and so it trumps Sonny every time.

After the gambit Paul suggested works like a charm, Ava will go back to the sexy DA/criminal to show him just how grateful she is for his help. Of course, Ava was initially irritated because Paul said with the governor involved, he can’t actively be seen helping her.

Paul’s master plan is paramount to him, but he will show Ava he’s still there in the background rooting for her. Will Ava and Paul consummate their simmering attraction after the custody hearing?

Win or lose in her court case, Ava will likely end up in Paul’s arms. If she loses, she’ll need comforting and if she wins, she’ll want to celebrate. But how great would it be if the judge tells Ava and Sonny to grow up and share custody?

That seems like the most reasonable course of action since both are on equal footing and are each just as shady as the other. And if Ava and Sonny can’t stop ripping each other apart, could the judge want to see Avery handed to someone else more reasonable?

Wouldn’t it be crazy if Avery was given to Julian Jerome (William deVry) since he’s a stable dad now also raising a baby? Or maybe the court could hand Avery back to Michael Quartermaine (Chad Duell) and just give her two crazy parents supervised visitation…

The bottom line is that it seems like Ava and Sonny’s dirty tricks may allow them to one up each other in turn, but the ultimate impact could be a draw since those two are opposite sides of the same murderous, mobbed up coin.

No matter what, we can’t wait to see Ava and Paul hook up. Paul could be the one man who’s a match for all of Ava’s many facets – woman, mom, criminal, murderer and sexpot. Those two will be a steamy coupling that will be worth watching if that passionate kiss on Friday’s show was any indication of what’s in store for the murderous maven and her new man… Be sure to check back with CDL often for more “General Hospital” spoilers, gossip and more!