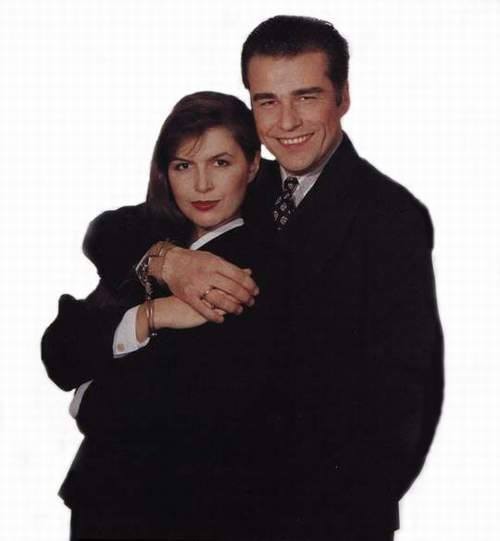 “General Hospital” spoilers are teasing that the annual Nurses Ball will air on the ABC soap on May 1, 4, and 5. Judging from the rumors and spoilers floating around the internet, the annual event will be packed full of drama and exciting twists and turns – “General Hospital” fans will not want to miss a single episode. GH spoilers revealed in March that Duke Lavery could be exiting the ABC soap, and TV Digest writer and soap guru Michael Logan announced on Twitter that the writers were killing off Ian Buchanan’s character. Rumor has it that Duke will meet his demise at the 2015 Nurse’s Ball.

The Nurse’s Balls are always action-packed on “General Hospital,” and rumor has it that the action this year will revolve around Anna Devane (Finola Hughes) and Duke Lavery. Anna and Duke have had a long drawn-out love affair over the years, but their relationship recently hit a bump in the road when Duke made it very clear that his loyalties lied with Sonny Corinthos (Maurice Benard) and the mob – and Anna’s loyalties lied with the Port Charles Police Department, to say it was a conflict of interests would be an understatement.

According to “General Hospital” spoilers and rumors, the mobsters will take their drama to the Nurse’s Ball with them, and a shoot out will ensue when Duke Lavery tries to take out Jordan (Vinessa Antoine). Anna jumps to her undercover informant’s defense and spoilers tease that she shoots and possibly kills her former lover. “General Hospital” spoilers and rumors tease that Duke will not be the only casualty at the Nurse’s Ball, and there will be some innocent bystanders injured – including Olivia Falconeri (Lisa LoCicero), who is pregnant with Julian Jerome’s (William DeVry) baby.

Word on the Internet is that Lucas (Ryan Carnes), Brad (Parry Shen), and Lulu (Emme Rylan) are also caught up in the cross fire when Duke Lavery and Julian Jerome come head to head. Meanwhile spoilers tease that Sonny Corinthos narrowly escapes a bullet, thanks to Jake Doe (Billy Miller) and Dante gets injured trying to take down one of the mobster’s shooters.

In other “General Hospital” news, the Nurse’s Ball spoilers also tease that Spencer Cassadine will make a dramatic reentry in to society after he was tragically burnt at his birthday party. Spencer’s father Nikolas (Tyler Christopher) will be preoccupied at the Nurse’s Ball with his date Hayden (Rebecca Budig) – rumor has it that the unlikely couple begins hooking up after blackmailing each other over Jake Doe. Also, GH rumors are hinting that during the big ball Ric Lansing’s (Rick Hearst) plan will finally be exposed – and the truth about Jake Doe’s “wife” will be revealed.

So GH fans, will you miss Ian Buchanan’s character Duke Lavery? Do you think Anna Devane will be the one to kill her former lover? Will Olivia lose Julian’s baby? Will the truth about Jake Doe’s true identity finally be revealed? Let us know what you think in the comments below and don’t forget to check CDL tomorrow for more “General Hospital” spoilers and news.