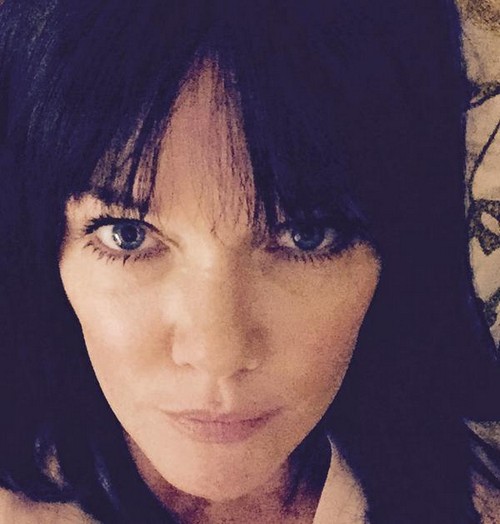 Here are some “General Hospital” spoilers on the Denise DeMuccio and Ava Jerome (Maura West) story line. Port Charles has certainly had its share of evil twins and, while these are always fun for a while, that is not what we’re seeing here. Denise and Ava are not sisters – Denise and Ava are the same person! But what about the DNA results? Were those tampered with? Heck no! That doesn’t sound right, does it? But yes, Denise and Ava can be one and the same without any DNA rigging.

You’ll recall that Ava was on her deathbed up in NYC being eaten up with cancer. Then Silas Clay (Michael Easton) stole baby Avery (although that hasn’t been explained or shown on screen yet). Point is, Silas stole the baby to extract stem cells to cure Ava. And this is where the DNA stuff gets fun. When you have a stem cell transplant, it messes up your DNA. Did you know that? A blood transfusion is not enough to fiddle with your DNA, but a stem cell transplant certainly is.

This is real science people! Here’s how it works. When you have a serious cancer that they plan to use stem cells to treat, the doctors hit you with chemotherapy and/or radiation to destroy your bone marrow and blood cells to make them weak so they won’t “fight” with the donated stem cells. So, when a patient gets a stem cell transplant, the marrow that stores a lot of their DNA is essentially overwritten. This creates what’s known as a “chimera.”

(For what it’s worth, this is the 25 cent explanation of complex science, not meant to be a dissertation of the ins and outs of stem cells and DNA.)

A chimera is a person that has a blend of their original DNA blended with another’s DNA which results in what looks like a whole new DNA profile, although it would be a partial match for both the donor and patient’s DNA. However, this is most commonly displayed through a blood DNA test rather than a cheek swab. However, that’s not to say that, in some cases, cheek swab DNA also can’t be altered by stem cells.

A recent study showed that even fingernails and some skin cells could display the mutated DNA that resulted from the stem cell transplant. So the point is, Denise DeMuccio is really Ava Jerome, not her twin sister. The wonky DNA results that the whole gang at the Port Charles Police Department saw were legitimate. Ava’s DNA plus baby Avery’s DNA (since they are mother and daughter) equals a DNA result that looks like family but not exactly like either Ava or Avery.

And, of course, it would have been a simple thing for Ava to get her mom Delia Ryan (Ilene Kristen) to show up and say she gave birth to twins that were adopted out. And those birth and adoption records are likely too old to be digitized or even located. Ava knew she could count on her mom to cover for her and, by playing like she didn’t want her DNA tested, it would look more legitimate once she was forced to comply and the results came in unique from Ava’s.

Plus, only Silas Clay (Michael Easton) knows Ava was sick and needed a transplant. The question is now, does Silas know that Ava is on the loose in Port Charles? It’s more likely that Ava told Silas that she was leaving town for good. But, of course, Ava couldn’t stay away from her daughters. That also explains why Denise wants to spend time with her new-found niece. This is a fun plot and it’s interesting to watch Ava stick it to Sony Corinthos (Maurice Benard) – at least for now.

So there you go. No one tampered with the DNA at the lab. Instead, Silas tampered with Ava’s DNA by implanting her with life-saving stem cells. In real life, most people who receive a significant stem cell transplant will see their DNA altered for the rest of their life. Isn’t that some cool science? You’ve got to give it to “General Hospital” show runners – this is a great plot device to get Ava back in town safely while she avoids both prison and Sonny’s death threats.

Be sure to watch to see this plot develop and then come back to CDL often for more “General Hospital” spoilers and gossip!