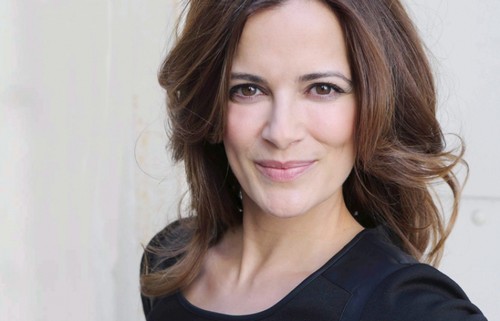 “General Hospital” spoilers reveal that Hayden Barnes (Rebecca Budig) will be waking up soon and all hell is going to break loose all over Port Charles. July 4 won’t be the sole source of fireworks in Port Charles.Here’s a look at what we can expect when the comatose fake wife of Jake Doe (Billy Miller) wakes after being shot by either Shawn Butler (Sean Blakemore) aiming for Jake or Nikolas Cassadine’s (Tyler Christopher) hit man aiming for Hayden.

The week after July fourth, Patrick Drake (Jason Thompson) will get an interesting report about comatose patient Hayden that indicates she’s waking up. If Liz Webber (Rebecca Herbst) hears about it before Hayden actually wakes, she may warn Nik who could try to take her out before she really wakes. Now, if Hayden is smart, the first thing she’ll do when she wakes is do some truth telling. If she blabs straight away that she knows Jake is Jason, Nik won’t need to kill her.

But if Hayden tells only Patrick, he may not tell anyone because Patrick wants to keep Sam Morgan (Kelly Monaco) with him. Or, Hayden may be scared that whoever shot her before will come back for her and will play like she has amnesia. Just what Port Charles needs, right? A chick with amnesia who was the fake wife of a guy with amnesia. That’s too much amnesia. They should “forget” that plot.

There were also “General Hospital” rumors that Hayden was taking money from Ric Lansing (Rick Hearst) because she had a problem with an ex and that the ex is someone in Port Charles that we know. The Jake Doe identity crisis absolutely has to end soon – it’s been going on way too long. Jake is sidled up right next to people who should recognize him.

Jake is working with Michael Quartermaine (Chad Duell) first as head of ELQ security and soon to help Mikey wrest back the family business from Prince Nikolas. Sam will be right there with Mikey and Jake because she’s upset her sneaky cousin Nik stole the family company that son Danny would have inherited. Sam pledges to help them take ELQ back.

That puts Jake shoulder to shoulder with his wife, likely her son, and Michael, the child he helped raise. Why haven’t any of them seen that Jake is the same height, hair color, eye color, build, walk, mannerisms and quirks as Jason? But being with them should trigger even more memories for Jake. Perhaps Hayden will call Jake to come see her at the hospital and tell him the truth.

There were some “General Hospital” rumors that Jake would find out he’s Jason but keep the secret himself while he tries to sort out his feelings. If Jake finds out, he may also try to dig in and figure out if anyone else in town knows and is keeping it from him. It would be amazing if Jake himself blew Liz and Nik out of the water and hung them out to dry for lying to him, Sam, and everyone in Port Charles.

Other “General Hospital” rumors indicated that Patrick would find out at some point that Jake was Jason but he would also keep it quiet and instead get closer to Jake by being friends with him while he tried to sort out whether he was willing to give up Sam. And what may be very interesting is if once Jake is back to being Jason whether he will choose not to reunite with Sam.

Sam and Jason had their off and on periods but now, Sam really cares about Patrick and Jake is not the guy Sam fell in love with him. He’s not the cool hit man who preferred head to toe black. Jake is a genuinely good guy again – the Jason Quartermaine he once was long before the traumatic head injury and signing on with the Corinthos mob. And Sam is a better person being with Patrick.

It will also be interesting to see how Jake, back as Jason, interacts with others. Monica Quartermaine (Lesley Charleson) will be thrilled even if he’s not her bio son since he’s the only offspring of Alan’s to survive. Jake and Sonny, though, may never recover a rapport since the all-new Jason is an ethical guy who doesn’t like the mob, particularly if he finds out Shawn was sent to kill him.

Jake and Mikey will continue their bond and it will deepen and he’ll surely stay BFFs with Carly Corinthos (Laura Wright) since she seemed to sense their keen friendship no matter what name he went by. Fingers crossed they won’t reunite Jake and Sam. It would be so much better if Jake was single in Port Charles and thrilling the ladies with his hot bod and sweet smile.

What do you think? What will be the craziest fall out from Hayden Barnes waking up from her coma? Don’t miss a moment of General Hospital then head back to CDL for more “General Hospital” spoilers and gossip!