BY CDL Staff on July 24, 2015 | Comments: 7 comments
Related : Days of Our Lives, General Hospital, Hot News, Soap Opera, Spoiler, Television, The Bold and the Beautiful, The Young and the Restless 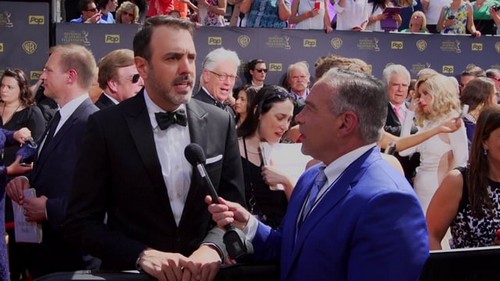 “General Hospital” spoilers indicate that the rumors are true and head-writer Ron Carlivati has been officially fired from the ABC soap opera. According to a statement from ABC on August 10 Ron will hand over the entire writing department to soap scribes Shelly Altman and Jean Passanante, who are very familiar with the drama in Port Charles – seeing as how they were a part of the GH writing team in the past.

Executive Vice President Of Current Series Programming Vicki Dummer released a statement regarding the change of regime at “General Hospital.” Dummer explained, “We are pleased to welcome back two esteemed writers to our ‘General Hospital’ family. Shelly and Jean’s combined talents and experiences promise to continue the show’s legacy of compelling storytelling that will resonate with our impassioned viewers. We’re delighted with what they have in store for the show as they continue honoring the rich, diverse environs of Port Charles.”

Both Altman and Passanante have multiple Emmy Awards under their belts, and years of experience as soap opera writers – there is no doubt in any one’s minds that they will be able to turn around the mess that is becoming “General Hospital.” There have been thousands of disgruntled fans over recent storylines, even Anthony Geary slammed Ron Carlivati’s writing, attitude and where he going with the stories in a recent interview with TV Insider. Of course, Ron’s questionable storylines coincide with the sudden decline in ratings. It wasn’t that long ago that “General Hospital” was starting to give “The Young and the Restless” a run for their money. Now, GH’s ratings are dismal in comparison to the CBS daytime drama.

Ron Carlivati has not acknowledged his firing, or spoken out in over a week for that matter. Fans suspected there was something happening at “General Hospital” this week when Carlivati was MIA on Twitter. The head-write generally tweets 2-3 times a day and discusses the soap opera with fans, but he has been radio silent. And, now we know why!

Are you happy to see Ron Carlivati go? Do you think that ABC made a mistake firing him? Or were you unhappy with his writing? Let us know what you think in the comments below!