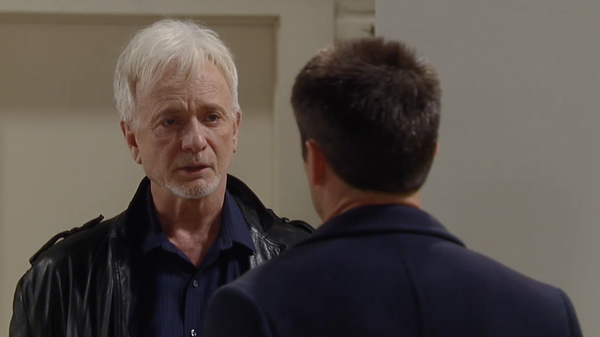 “General Hospital” spoilers teased for months that in February 2015 we would finally learn the identity of Fluke, the Luke Spencer impostor that has been wreaking havoc in Port Charles. Head-writer Ron Carlivati teased on Twitter that GH fans would not want to miss last Friday’s episode – because the identity of Fluke (Anthony Geary) would be unveiled. Naturally, you can imagine fans’ confusion when they flocked to their television sets and saw that Fluke’s hostage was actually an old skeleton – and it appeared that Fluke was the real Luke Spencer, just brainwashed and living under Helena Cassadine’s mind control.

“General Hospital” rumors had been floating around a few weeks before the big reveal, teasing that Fluke could just be another product of evil Helena’s mind control games. GH fans really are unimpressed with the “big reveal.” We have spent literally a year trying to figure out who had kidnapped Luke Spencer and stolen his identity – only to learn that we were wasting our time because there is no Fluke?

There are still some die-hard GH fans that refuse to accept the Helena Cassadine (Constance Towers) mind-control spoilers, and insist that Fluke is an impostor, like Bill Eckert or Damian Smith. And, after the Thursday February 5th episode of “General Hospital,” that is definitely still a possibility. If Helena Cassadine has Fluke under mind-control, then why did he nearly kill her grandson Nikolas (Tyler Christopher) while she screamed at him to stop? There is one of two things going on right now. Either, the mind-control was just another red herring, and Fluke is an impostor and not the real Luke Spencer. Or two, Helena’s mind-control tactics have completely backfired and she has created a “Franken-Fluke.” Not only is Fluke no longer Luke Spencer, but he also is no longer under her control and does what he wants.

What do you think GH fans? Is mind-control another red herring from the GH writers, or is Fluke really a brain-washed Luke Spencer? If Fluke is under Helena’s mind-control, then why didn’t he listen to her when he nearly killed Nikolas? Do you think Helena’s plan has backfired and she has created a monster, “Franken-Fluke?” Let us know what you think in the comments below and don’t forget to check CDL tomorrow for more “General Hospital” spoilers and news.

Update: February 6th we learned that Fluke and Luke Spencer have the same fingerprints and that the bones in the basement are at least 20 years old and probably belong to Bill Eckert, certainly they don’t belong to Luke Spencer! However, problems remain with Fluke simply being a mind-controlled Luke. On February 6th Fluke was all eager for residents of Port Charles to learn his true identity, now that he is caught and in jail, but last week the same Fluke was apparently having a conversation with a very alive Luke Spencer tied up in the basement. So Fluke can’t go from not knowing he is Luke to knowing he is Luke episode to episode, right? Either there is way more to this ‘who is Fluke’ story or, and I hope this isn’t the case, TPTB at GH have messed up! So either Fluke and Luke are different people or we have a mess on our hands that doesn’t make sense. 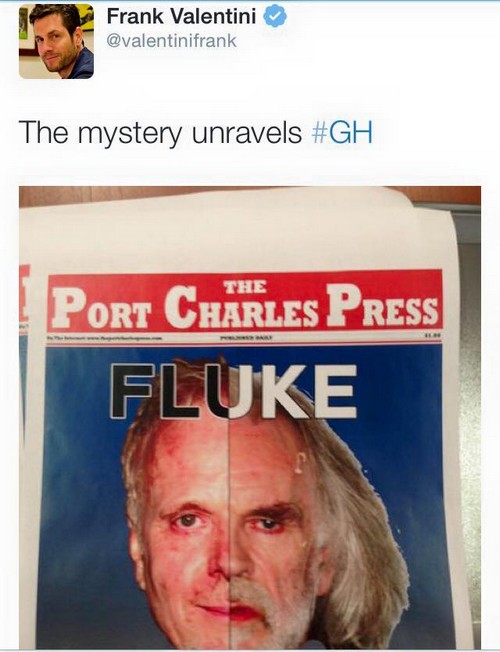