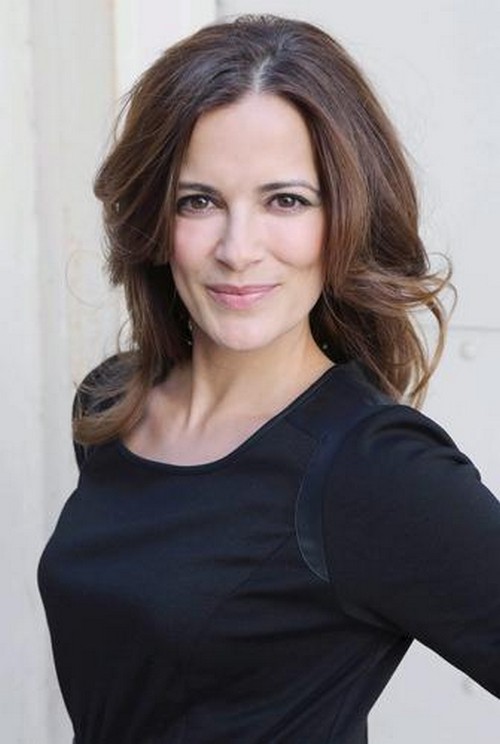 “General Hospital” spoilers reveal that April 6-10 will be an exciting week packed full of non-stop drama on the ABC soap, and GH rumors tease that fans will not want to miss a single episode! The baby drama reaches a whole new level in Port Charles and relationships are put to the test. According to “General Hospital” spoilers, this is what GH fans can expect to see during the week of April 6:

Tuesday April 7 – “General Hospital” spoilers tease that on the April 7 episode of the ABC soap Ric Lansing is determined to get Elizabeth (Rebecca Herbst) to give him another chance. On the other side of town, Jake overhears someone plotting, and Michael (Chad Duell) confronts Kiki (Hayley Erin) and Morgan (Bryan Craig) in a fiery argument over their plan to make him lose custody of Baby Avery.

Wednesday April 8 – On Wednesday April 8 GH spoilers tease that Nikolas Cassadine finds himself in an awkward position. Nik knows that Jake is actually Jason Morgan (Billy Miller), and Hayden (Rebecca Budig) is a scam artist and there is no way she could have been married to Jake. But, if he exposes her, then that would mean he has to admit that he has known this entire time that Jason Morgan is alive. But interestingly, Nik and Hayden wind up as lovers!

Thursday April 9 – “General Hospital” spoilers tease that on the April 9 episode of the ABC soap, Ava Jerome (Maura West) reminds Silas Clay to make good on the promise that he made her. In other GH news, Ned learns why Olivia (Lisa LoCicero) is being blackmailed, and Sonny (Maurice Benard) and Carly (Laura Wright) fret over Michael’s latest rash of poor decisions.

Friday April 10 – According to “General Hospital” spoilers, fans will not want to miss the April 10 episode of the ABC soap – a shocking revelation is made regarding Baby Avery and it will change the entire argument over her custody. Also Julian Jerome (William DeVry) pays his baby-mama Olivia a visit and has an offer for her, and Spinelli (Bradford Anderson) considers whether or not he and Maxie (Kirsten Storms) have a future together.

So GH fans, do you think that Elizabeth would ever take back Ric? Will Nikolas expose Hayden and reveal that Jason Morgan is alive? What happens to Baby Avery, does Michael do something that makes him lose custody? What proposition could Julian have for Olivia? Let us know what you think in the comments below and don’t forget to check CDL tomorrow for more “General Hospital” spoilers and news.