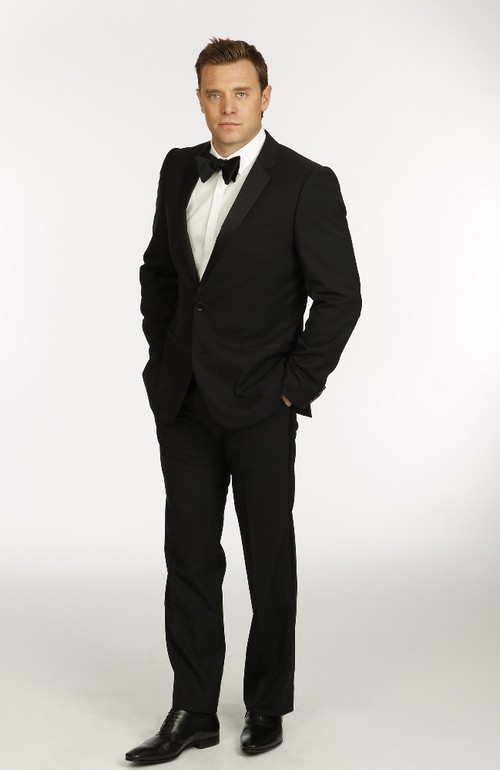 OMG the GH Nurses Ball starts today! Here are some major “General Hospital” spoilers for the Friday, May 1 episode. On the Nurses Ball red carpet, Nathan West (Ryan Paevey) and Ellie Trout (Emily Wilson) walk the red carpet thanks to Lucy Coe’s (Lynn Herring) interference. Lucy makes a big fuss over them on the red carpet and Maxie Jones (Kirsten Storms) gets jealous. Not only is her formerly hunky BF on the arm of Damien Spinelli’s (Bradford Anderson) ex, but Maxie is alone on the red carpet.

So where is Spinelli? He’s with Carly Corinthos (Laura Wright) as they plot the big reveal of Pete Ross to take down Ric Lansing (Rick Hearst) and expose his dirty dealings with Hayden Barnes (Rebecca Budig) that have messed with Jake Doe’s (Billy Miller) life and kept him apart from Liz Webber (Rebecca Herbst).

Will Jake and Hayden use the Nurses Ball tickets that Sam Morgan (Kelly Monaco) gave them and do the red carpet together? Ric will squire Liz on the red carpet, but this may be the last good time he has with her. Poor Ric has a huge proposal planned for Liz tonight – a very public one – but instead, Carly will turn it into a huge embarrassment for Ric.

Sonny Corinthos (Maurice Benard) decides to attend the Nurses Ball with Carly although he has concerns about how Duke Lavery (Ian Buchanan) is handling the organization. Once Carly has her Ric reveal set up, she and Sonny can walk the red carpet, but they have no idea they’re in an assassin’s gunsights. Looks like Julian Jerome (William deVry) is making a big move.

Speaking of the Corinthos clan, Michael Quartermaine (Chad Duell) will squire Sabrina Santiago (Teresa Castillo) to the Nurses Ball. These two seem to be heating up fast. They’ve got each other and an instant family with baby Avery. Maybe this will take some of the sting out of Sabrina’s hurt over losing her son last year.

Also on the red carpet will be Dante Falconeri (Dominic Zamprogna) with wife Lulu Spencer (Emme Rylan) and Nikolas Cassadine (Tyler Christopher) with Valerie Spencer (Brytni Sarpi) on his arm thanks to Lulu’s insistence. This won’t make a jealous Hayden happy. And Valerie will figure out soon that Hayden is not who Nik told her she is.

Patrick Drake (Jason Thompson) and Sam are on the red carpet, but she’s distracted after overhearing that Olivia Falconeri (Lisa LoCicero) is preggers with a half-sibling to Sam fathered by Julian. Sam will break down and tell her dad about the baby and this will become critical as Olivia goes into early labor at the event.

This will foul up plans for Ned Ashton (Wally Kurth) and Olivia to leave Port Charles together with the baby. Ned will leave on his own as daughter Brook Lynn needs him and Julian won’t let Olivia take his baby and go. Plus, Olivia will be feeling terribly guilty about keeping the baby secret from Julian. I’m still hoping for a Julian and Olivia relationship – we could call them “Julivia.”

The Nurses Ball event will include two marriage proposals! Two! Ric will ask Liz to marry him and that will go down in flames. But Lucas Jones (Ryan Carnes) proposal to Brad Cooper (Parry Shen) will go well once Brad makes it to the ball after hanging out with surprise visitor Britt Westbourne (Kelly Thiebaud). And, does Britt know who Jake is? Will she tell someone?

Also during the Nurses Ball, there will be two big reveals. “General Hospital” spoilers indicate it will that Ric hired Hayden to be Jake’s fake wife and that Olivia was keeping her baby’s true paternity secret. For those that were hoping that Jake’s identity would come to light, you’ll have to be patient. This story line will drag out for quite awhile longer.

Spencer Cassadine (Nicolas Bechtel) initially refuses to attend the Nurses Ball with his dad but then will show up to try and make things right with Emma Drake (Brooklyn Rae Silzer). If he’s in his little half-mask, won’t that make him the Phantom of the Nurses Ball? Looks like there will be some homages to the famed Broadway show as he skulks around plotting.

Today’s episode is the start of the three day Nurses Ball extravaganza which will run Friday, Monday and Tuesday. Can’t wait to see the hot guys of Magic Milo, Anna and Duke’s tango and the mob shootouts that will break out adjunct to the ball. Jake will be a big hero, Duke will go down with a bullet, as will Jordan and Dante. Should be a hot time in Port Charles tonight!