General Hospital Spoilers: When Will Lulu Get Pregnant and Whose Baby Will it Be? 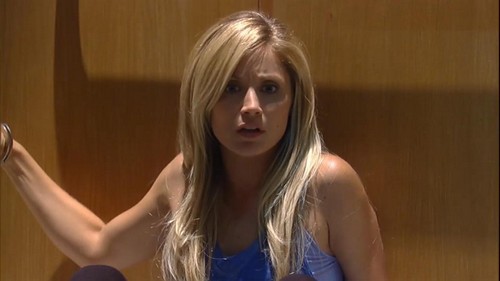 “General Hospital” spoilers reveal more baby intrigue coming soon to Port Charles, but will it be a Lulu Spencer (Emme Rylan) and Dante Falconeri (Dominic Zamprogna) baby? And if it is, will the bambino actually be their biological child or are more embryo shenanigans in store for GH fans? Personally, I’m all about the shenanigans – those storylines are much more fun.

You’ll remember that awhile back, Lulu found out that she indeed could carry a child after corrective surgery. Lulu was diagnosed with a septate uterus which means that there’s a thin membrane that divides the uterus. Women with this condition can get pregnant, but there are complications from there. This condition can cause increased risk of miscarriage and premature birth.

I have to applaud how “General Hospital” plots do mirror actual real-life medical impairments that plague people. This is one of those cases. Lulu had the surgery to correct her septate uterus and she and Dante were planning on moving forward with an embryo implantation. Remember Lulu can’t get pregnant the good old-fashioned way after Stavros froze her…

And she doesn’t have any more eggs in reserve, so that means she and Dante have one fertilized embryo and one shot at a baby brother or sister for Rocco. But you may also remember that Stavros showed up and revealed that he and Lulu also have a fertilized embryo and he wanted to implant her on the spot. Lulu and Dante were able to defeat Stavros and likely thought the bad seed embryo was gone when the Crichton Clark Clinic went boom.

But, of course, it’s not done. Cagey Helena Cassadine (Constance Towers) rescued her grand-embryo and still has it somewhere. Meanwhile, Anna Devane (Finola Hughes) confirmed to Lulu and Dante that the embryo in storage was really theirs and is in a “secure” location. But when it comes to the Cassadines, is there any place that’s really secure? It would be child’s play to swap the Dante and Stavros embryos. That would be the easiest solution for Helena.

Dante and Lulu’s happy marriage is due for some bumps in the road and Lulu’s cousin Valerie Spencer (Brytni Sarpi) is complicating things for Lulu. Of course, Valerie does not have her sights set on Dante – she’s just a nice girl. But once Lulu keeps pointing things out, she may drive them together. And, worse yet on their marriage, Dillon Quartermaine (Robert Palmer Watkins) is back in town after a recent recast.

Dillon’s presence doesn’t bode well for Lulu in a couple of ways. First, Dante will have to deal with the presence of the guy that Lulu gave up her “V” card to and, second, she was pregnant by Dillon, had an abortion and is now having all these fertility issues. That has to churn things up and reopen old wounds. Lulu tried to wreck Georgie and Dillon’s marriage and was plotting with Diego Alcazar. All of this will remind Dante of just how low Lulu can go and her jealous antics over Valerie won’t help things.

If Lulu thinks Dante is even giving Valerie a second look, she may push to implant their baby. Heck, Lulu might just go and implant it without telling Dante to try and get her way with him. Even though Lulu has been a pretty good girl lately, she totally has those Spencer schemer genes and can be a real troublemaker when she thinks someone is in the way of something she wants.

And, if Lulu makes a baby play to try and salvage her marriage or manipulate Dante, she may very likely find herself knocked up with a Cassadine. That would make her an attractive kidnapping target for Helena and, heaven knows, Lulu is no stranger to kidnapping… she’s been taken no less than eight times over the years.

Maybe Lulu is a frequent kidnapping target because she’s so short that she’s easy to take off with – she’s a pocket sized chick so long as she doesn’t have her mega-heels on. My point is, it’s statistically likely that Lulu will be taken again (and soon)! And if she’s brewing a Cassadine baby, Nikolas Cassadine (Tyler Christopher) might even be in on it. He’s turned into a full-fledged Cassadine, so there is absolutely no telling what he might do.

So what do you think, GH fans? Is Lulu facing more embryo drama soon? And do you think Lulu and Dante will ever see their happily ever after?