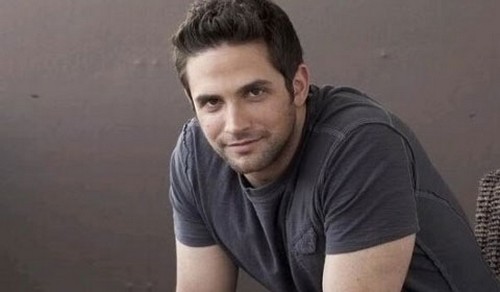 “General Hospital” (GH) spoilers indicate that Lulu Falconeri (Emme Rylan) will finally find out that Dante (Dominic Zamprogna) cheated with her cousin Valerie Spencer (Brytni Sarpy) in her marital bed! At first fans thought the “GH” writers would use the typical “ooops, she’s pregnant!” same old, same old. But it seems that “General Hospital” is going another route to out the cop and the cousin’s one-night stand.

The cover of the latest edition of Soap Opera Digest hints that Lulu will find out that her drunken hubby fell into the arms of oh-so-willing cousin because there are incriminating photographs of the lovers in bed together. Uh oh! We’re betting the long-lost cousin took a few selfies while in bed with the handsome cop.

But, like everything else on daytime dramas, someone else could have had the opportunity to peek in on the lovers either during – YUCK! – or after the July 4 tryst. Who could it have snapped the incriminating photos if they’re not Valerie’s selfies? Maybe Johnny Zacchara (Brandon Barash) – chancing a return to town to see Lulu – gently knocked on the door. In the throes of passion Valerie and Dante didn’t hear the knock, but Johnny heard something? He cracked open the door and – VOILA! An opportunity to blackmail Dante – or end his marriage to Lulu.

Now don’t dismiss the Johnny Zacchara theory out of hand. Note that there is a mob war brewing against the Corinthos Family and we are pretty sure it isn’t Julian Jerome (William deVry) who is behind it. On the Friday, September 4 GH episode Sonny was shot (and will be saved by Jake and marry Carly in hospital) and who hates Sonny more than Johnny Z?

It’s a stretch, but could Maxie Jones (Kristen Storms) have snapped some photos with her phone? Again – knocking gently on the door – or maybe the door was slightly open because that happens a lot on soap operas – the fashionista Maxie heard noises she shouldn’t be hearing. After all, she knew Lulu was out of town so it wasn’t Lulu in there making noises with Dante. Problem with THAT theory is that Maxie would NEVER keep that from Lulu – ever. She would have gone straight to her BFF with those photos. We don’t think Ms. Jones would ever keep something like that from Mrs. Falconeri, but….this is a soap opera.

What do you think CDLers? Who has incriminating photos of Dante and Valerie? Are they from the night the slept together? And – if there are – who took them? Worse yet is what will the fallout be when Lulu finds out both Dante and Valerie have been lying to her for months?