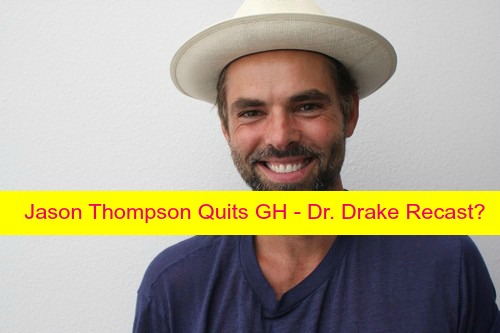 “General Hospital” spoilers are indicating that Jason Thompson is OUT, and the GH rumors floating around that Dr. Patrick Drake is leaving Port Charles are absolutely true. It’s no secret that Jason Thompson’s contract was running out at the ABC soap opera, and there was a lot of unconfirmed buzz that the actor was not renewing his status in Port Charles. Now, Soaps In Depth is confirming the rumors.

The latest edition of Soaps In Depth reveals that Jason Thompson is leaving “General Hospital.” The magazine teases, “According to our setsiders, it was Thompson’s decision not to renew his current contract, and he made it known to his colleagues and employers that he was planning to exit GH.” Spoilers from Soaps In Depth go on to say that Dr. Patrick Drake’s exit will be in the very near future. 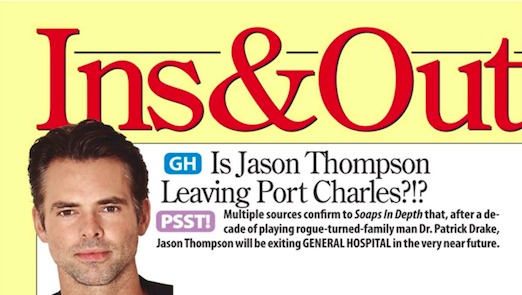 So far there is no news yet on exactly how Dr. Patrick Drake will exit the ABC soap opera – but we do know that during November Sweeps the anticipated Jason Morgan reveal will finally take place. The fact that Patrick is exiting seems to indicate that the rumors are true and there could be a JaSam reunion in the near future. This could mean that when Sam learns Jake Doe is her husband Jason, she will drop Patrick like a bad habit so that she and Morgan can be together again.

Are you as shocked as we are by Jason Thompson’s decision to quit “General Hospital?” How do you think he will exit the show? Would TPTB ever recast the role? Does this mean there is a JaSam reunion coming? Share your thoughts in the comments below and check back with CDL for tons more “General Hospital” spoilers and more!