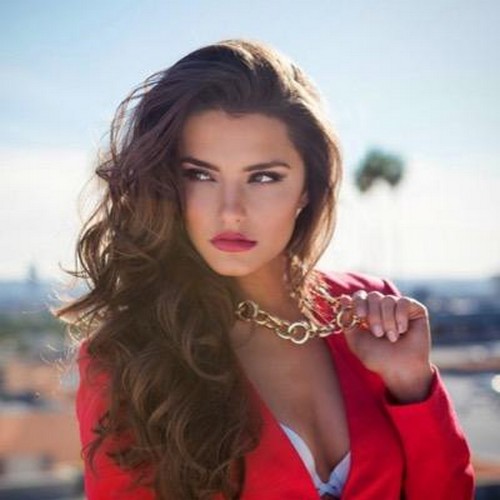 “General Hospital” spoilers tease that beauty queen Jesica Ahlberg has joined the cast of the ABC soap opera as Darby. Ahlberg was crowned Miss Alabama 2014, and also has a few acting credits on her resume.

The new Port Charles resident has appeared in episodes of ‘Banshee’ and ‘Necessary Roughness,’ and she also appeared in a few movies like ‘Alvin And The Chipmunks: The Road Chip.’ According to “General Hospital’ spoilers, Ahlberg will make her daytime drama debut on Monday, October 19.

So far information on Jesica’s new character Darby is limited, spoilers from ABC Soaps In Depth tease: “All we know about Darby is that she’s a friend of T.J. and Molly’s.” It’s about time Molly Lansing and TJ Ashford got some teens their own ages to hang out with, ever since Rafe’s death – they really are the only college aged characters remaining on the show. And, they have been getting caught up in some pretty adult-aged drama.

Of course, GH fans are already speculating on social media over Darby’s role in Port Charles. Seeing as how Jesica Ahlberg’s new character Darby is “friends” with TJ and Molly – and drop dead gorgeous – there is a good chance that she could end up being a new love interest for TJ, and having a serious rivalry with Molly. Then, there is always the chance that “Darby” is the long lost daughter of a longtime Port Charles resident that we had no idea existed.

What do you think GH fans? Will TJ wind up with Jesica Ahlberg’s new character Darby? Or could she already be related to somebody in Port Charles? Let us know what you think in the comments below and don’t forget to check CDL tomorrow for more “General Hospital” spoilers and news.