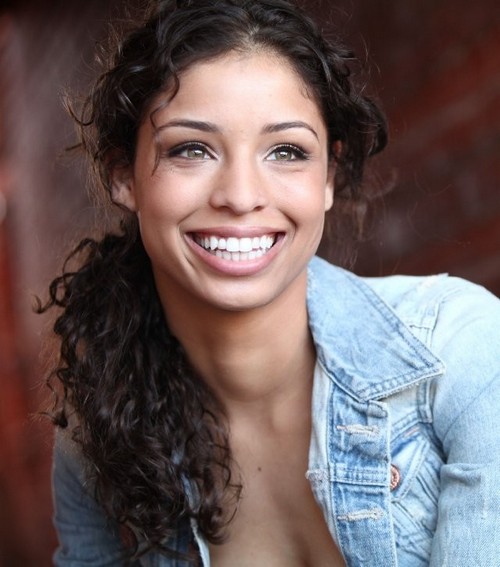 Here are some “General Hospital” spoilers for the Tuesday June 9 episode of the hit ABC soap. Don’t miss a moment – the summer stories are heating up! Nathan West (Ryan Paevey) and Maxie Jones (Kirsten Storms) are enjoying their renewed romance and it all seems to be going well – at least until Nathan finds out that his sexy ex Valerie Spencer (Brytni Sarpi) will be working at the PCPD with him and Dante Falconeri (Dominic Zamprogna). Will Maxie and Lulu Spencer (Emme Rylan) commiserate over Valerie’s growing closeness to Dante and her past relationship with Nathan? Will Nathan even admit to Maxie that he and Valerie have a past?

Tomorrow, though, Nathan will tell Maxie that he’s very concerned about sister Nina Clay (Michelle Stafford) and her troublesome marriage to Ric Lansing (Rick Hearst). Maxie has to agree that Ric’s a skeevy lowlife but will she advise Nathan to back off and let his sister figure things our for herself or to go ahead and meddle? Maxie is a natural born meddler, but will she channel this annoying side of herself when it comes to Nina or try and be above the fray?

On Monday, Morgan Corinthos (Bryan Craig) fell right into a lip lock with former flame Ava Jerome aka Denise DeMuccio (Maura West) and that’s bad enough. But when Morgan and Denise start to get their ground on, she’ll murmur how much she missed doing this with him and that will bring the make-out sesh to a grinding halt. Will Denise try to craft a clever lie or will she just admit to Morgan that she’s Ava and swear him to secrecy? No doubt Morgan will cover for her.

But the real question is whether Ava and Morgan will fall back into their old habits and back into bed together or whether Morgan will back off and be loyal to Kiki Jerome (Hayley Erin)? And you have to wonder when Ava is finally going to cop to the truth and tell Morgan that he’s her baby daddy. And it’s hard to feel too sorry for Kiki when she can be such a jerk. Case in point, Kiki will head to the Floating Rib and give Nina major attitude while interrupting Nina’s conversation with Silas Clay (Michael Easton).

But that’s not all the drama that will break out at the Rib. Franco (Roger Howarth) will also show up and get into it with Nina. She’s still angry about Franco’s initial betrayal in believing she pulled a kidnapping round two and then pulling the arrest stunt with her brother Nathan. Franco is not done trying to win Nina back but, unfortunately for both of them, he keeps going about it in the worst possible way. Franco is going to drive Nina deeper toward Ric instead of back to him.

And speaking of relationship issues, Luke Spencer (Anthony Geary) just dropped the big bombshell that his engagement to Tracy Quartermaine (Jane Elliot) is off. Now we all know it’s Laura Spencer’s (Genie Francis) fault, but what is so major that it could get Luke to do a complete 180? Is it Lucky Spencer (Jonathon Jackson)? Is it the WSB? Is it another weather machine? Dillon Quartermaine (Robert Palmer Watkins) will confront Luke for crapping on his mom and demand answers.

Meanwhile, someone else has their eye on Dillon. Nikolas Cassadine (Tyler Christoper) plots with Rosalie Martinez (Linda Elena Tovar) to see if they can use Lulu to get to Dillon’s shares of ELQ. Nik is going full-Cassadine if he’s going to dangle his sister as bait in his corporate takeover bid. What a royal jerk!

After you watch Tuesday’s GH, be sure to check back with CDL for lots more “General Hospital” spoilers, gossip and news.