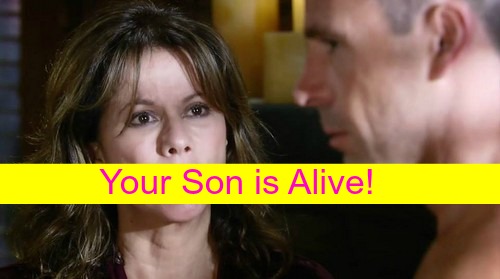 These are hot “General Hospital” spoilers are for the October 21 episode. Cinematic schemes, lies and sexy time on Wednesday’s GH! The Teflon Don has to confront the fact that he is neither indestructible nor infallible.

Sonny Corinthos (Maurice Benard) overhears Patrick Drake (Jason Thompson) giving Carly Corinthos (Laura Wright) the real low down on just how bad Sonny’s condition is and how grim is his prognosis – he could be facing life in a wheelchair with permanent paralysis. Sonny rolls in and tries to roll right over Patrick (not literally, of course) but Patrick is done taking sass from Sonny.

Patrick has to tell Sonny that if he would have listened to the medical update instead of blathering on about how he was going to turn this around with just his willpower, he would have known the truth. Sonny has to finally acknowledge that his paralysis is not a problem he can buy, bully or bypass like he has so many other obstacles in his life. Carly will try to calm Sonny down but when reality hits the Port Charles mobster, it won’t be pretty. 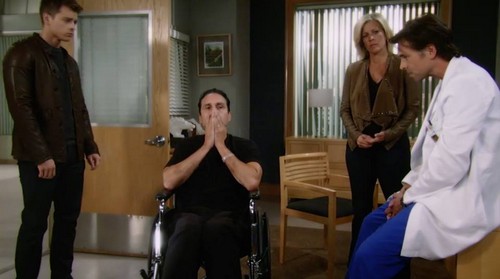 Sonny’s son Dante Falconeri (Dominic Zamprogna) has his own drama on Wednesday. Dante’s lies are catching up with him but he still refuses to do the right thing. Lulu Spencer (Emme Rylan) directly asks Dante if Dillon Quartermaine (Robert Palmer Watkins) has some dirt on him. Dillon has made it very clear that he knows something specific, but Lulu puts it on Dante to come clean if there is an issue. Dante will not – the lies continue!

Last we saw Kiki Jerome (Hayley Erin), she was drunk at the Haunted Star and had no cash for cab fare and her car keys had been taken by the bartender. Looks like she’s going to have to call home to faux dad Franco (Roger Howarth) but her timing may be off. Nina Clay (Michelle Stafford) is ready to get jiggy with her BF at long last – remember she’s been waiting two decades for some loving – but will they be interrupted by a call from drunk Kiki?

Nina later wants to play house and have a dinner party for Nathan West (Ryan Paevey) and Maxie Jones (Kirsten Storms) but she’s clueless in the kitchen and socially, for the most part. Kiki will pay back Nina’s patience with her by helping Nina out in a big way with the dinner party. Nathan later grills Franco about not hurting his sister. Nathan and Maxie will tell Nina about the movie project and Maxie’s big break as an actress.

Later, Maxie tells Dillon that Nathan saved their movie project. Did Nathan get Nina to invest – or did she offer to as a goodwill gesture to her brother for all the support he’s shown her? Or does Nina have something else in her portfolio of assets to help? Either way, the Halloween fundraiser is still on for the movie and will be pivotal for all the couples in this messy affair storyline. Nathan will tell Dante he needs to come clean ASAP to Lulu especially now that they’re planning another baby. 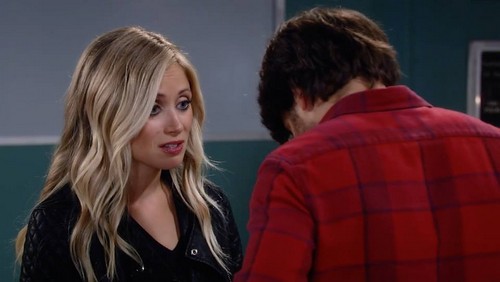 Olivia Falconeri (Lisa LoCicero) is out for a stroll with her not-dead baby when she runs into Morgan Corinthos (Bryan Craig). Will he notice that the baby looks a lot like Avery because of the Jerome bloodline? Morgan wants to know whose baby it is and Olivia will offer the same lie, but will Morgan believe it? We never see Morgan and Olivia together, even though she’s the mother of his brother, so this is an odd interaction.

Alexis Davis (Nancy Lee Grahn) will spill the beans on Olivia’s big baby lie to Julian Jerome (Willian deVry) and then watch the fireworks. Julian will be stunned at Olivia’s cruelty for letting him think his son died and Alexis has to talk him out of a confrontation with his other baby mama while he’s still in shock over the news. It’s a good thing Alexis has such a level head – plus she knows a thing or two about lying to a mobster about a baby’s paternity.

All this and so much more on Wednesday’s show. Watch then check back with CDL for tons more “General Hospital” spoilers and more!