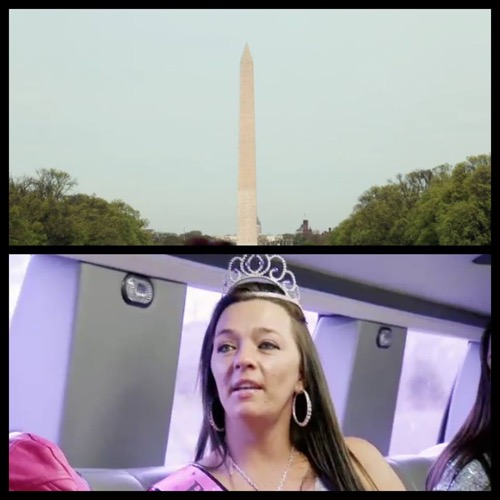 Tonight on TLC GYPSY SISTERS continues with an all new Sunday July 12, season 4 episode 7 called “The First Ladies of Bling Take DC!” We’ve got your recap and spoilers down below! On tonight’s show The women rally around Nettie as she deals with the loss of a loved one.

On last week’s show the dude ranch adventure continued until a call in the middle of the night brought tragic news that changed the women’s lives. Did you watch the last episode? If you missed it we have full and detailed recap, right here for you.

On tonight’s show per the TLC synopsis “the women rally around Nettie as she deals with the loss of a loved one, and Mellie asks her to plan Brandy’s baptism. Later, the gang take a trip to Washington, D.C., to celebrate Kayla’s birthday.”

Tonight’s episode is going to be another drama packed one, which you won’t want to miss. So be sure to tune in for our live coverage of TLC′s Gypsy Sisters Season 4 episode 5 at 9PM EST! While you wait for our recap, hit the comments and let us know how excited you are about the new episode of Gypsy Sisters tonight.

Life hasn’t been easy lately but the other girls are striving to help Nettie get over her recent ordeal.

As many of us now know, Nettie lost her stepson Rocky back in March. And while the young man had his life cut too short, there was at least one silver lining in this whole ordeal. For it was on the day after Rocky had died, that his daughter was born.

So, for his family, that’s been the one comfort they’ve been able to hang onto.

Yet, despite the happy event of a grandchild, it was still sometime before either Nettie or her husband could face the outside world. According to Nettie, they just went into their room one day and shut everything else out. Meaning they didn’t see anyone and they didn’t speak to anyone.

And apparently they did this because they’re the same in grief. They both like living in denial. So for the time being Nettie and her husband are simply thinking of Rocky as being away on the trip.

However, Nettie hasn’t been eating (even while she continues to believe Rocky is on a trip) so her sisters and cousins have come up with a way to keep her mind occupied. Mellie asked her sister if she would host her daughter’s christening party. And with it being right up her alley, Nellie even felt excited about the idea.

Nettie is the one that loves throwing parties and more importantly she loves it throwing for little girls. With girls, they could go all out. Bling everywhere.

So Nettie loved the idea of getting involved and when she heard that Mellie was going to be going on a road trip – Nettie actually took their offer to join. Mellie had to go to DC to pick up her and her daughter’s dresses and while they were there Kayla was also going to be celebrating a birthday. Thus the ladies turn the roadtrip into a glam event.

They took a limousine down to DC and they even had time to do a tour of the place. Though it soon became clear, during the unfortunate Q & A game, that the gypsy sisters did not know their history. See they were asked about Abraham Lincoln and they didn’t know who he was.

They confused him with Benjamin Franklin and George Washington. And funnily enough it took some time before they remembered which war he was involved in. But that was only after one of them thought he was in WWIII.

And so the ladies ended up enjoying themselves on their tour/history lesson.

What with the tour and picking up dresses, they had kept Nettie so busy she didn’t even have time to think about her grief. She was instead planning a christening and later when she returned to home she was busy getting rid of her house. It seems that in gypsy custom, once someone passes away then it’s an ill-omen to continue living in the house where the dead used to occupy. So Nettie had a lot on her plate and as it turns out Mellie didn’t lend a hand at all when it came to her own daughter’s christening.

Though, did Nettie complain? No, she did not. She was simply happy to be happy again. And planning events for family made her happy.

But there was one concern that everyone feared would come up at the christening. And that was would happen if Mellie invited both her baby’s father and her boyfriend.

Skott and Nick don’t get along. So naturally people feared the two would get into a fight if they just happen to see each other. Yet the guys weren’t the problem. In fact Mellie was smart enough to not to invite her boyfriend thus that situation never came up.

Only without her boyfriend there, it was Mellie that was in a mood all day. So she was the main problem at the christening. Because, as we all know by now, Mellie doesn’t believe in suffering in silence. She instead prefers to bring everyone down with her.

So, after a while, her sisters had to actively strive to look pass her ungratefulness!

If they hadn’t then there would have been a fight. And that would have ruined the reception which Mellie did say Netiie did right.

Thus the reception was the highlight. Kayla informed everyone that she sees herself married to her boyfriend in a year and after that she’s going to get her tubes untied. And we learned from Nettie was going to be looking for a new house that would accommodate both JoAnn (who is finalizing her divorce) and Dovie.

And so, from the way I see it, things look like they’ve ended in a good place.