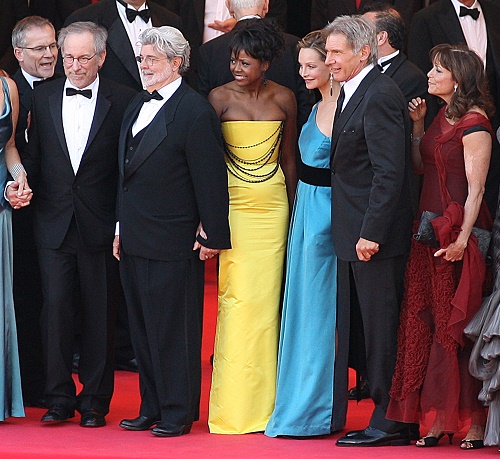 Calista Flockhart has been nursing her husband, Harrison Ford, back to health after his nearly fatal plane crash earlier this year. According to a new report, Calista and Harrison’s marriage is in serious trouble though – because even though Calista is devoting her entire life to helping Harrison and caring for their 14-year-old son, Liam, he has been extremely ungrateful and has been taking out his frustrations with his injuries on his doting wife.

The May 11 edition of Star Magazine reveals, “Calista cared for Harrison after he broke his leg on the set of ‘Star Wars Episode VII – The Force Awakens’ last June, and now she is helping him with the broken pelvis and ankle and head injuries caused by his March 5 small plane crash.” According to Star’s insiders, Calista waits on Harrison hand and foot, picks up his medications, cooks his dinners, all while juggling caring for their son, Liam – and Harrison could care less.

Star’s insider explains, “Harrison is not easy to look after and he is very controlling. He is grumpy and difficult and unappreciative of everything that she does. Calista is getting pretty tired of dealing with his crap.” Harrison Ford definitely has the upper-hand in their relationship right now and he’s taking full advantage of it. The grumpy old actor knows that no matter how miserable he makes Calista she can’t leave him right now because she will look like the villain.

Who divorces their husband two months after he nearly dies in a plane crash? Then again, you could also argue that it has only been two months since his plane crash – so Harrison could still be working through some stuff, maybe Calista should be a little more patient and understanding.

Do you think that Harrison is being ridiculous? Or should Calista be a little more understanding? Could they wind up getting a divorce, or will they work through it and save their marriage? Let us know what you think in the comments below!