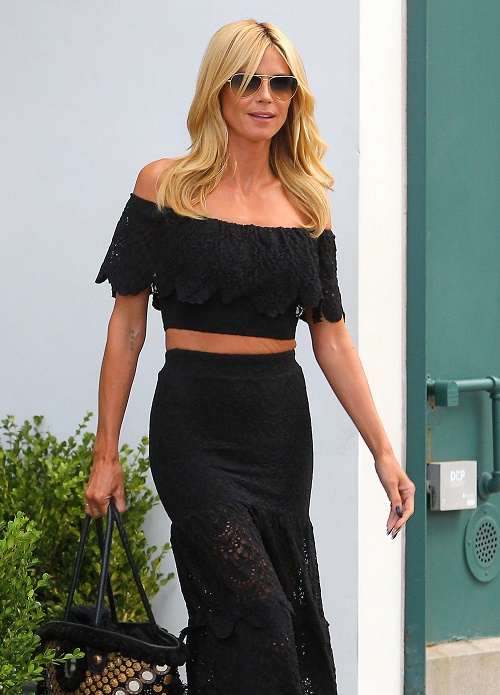 Heidi Klum currently already has four children with her ex-husband Seal – whom she divorced in 2012. Technically, her daughter Leni has a different father, but Seal legally adopted her back in 2009. After Heidi’s break-up from Seal, she began dating her bodyguard off and on for two years, and then settled down with Vito Schnabel in 2014 (well, as settled as you can get with a 29 year old).

Apparently, Heidi is unfazed by the fact that her boyfriend is not even 30 years old yet, and she seems to think that he will make a great father. Heidi recently took to Instagram to rave about how much she loved Vito, and from the outside looking in, their relationship seems pretty solid. It’s unclear how much Vito actually interacts with her four children though, and whether he has assumed the role of a doting step-father.

As amazingly beautiful as Heidi Klum is, we can’t help but wonder if their age difference has anything to do with her sudden need for another baby. In the past, rumors have emerged claiming that the America’s Got Talent judge was insecure about her boyfriend, and was constantly concerned that a much younger girl was going to swoop in and steal him away.

Hopefully, her desire to get pregnant is genuine, and not an attempt to trap Schnabel. Do you think Heidi is crazy to be trying to get pregnant again? Does this mean there is trouble in paradise and she thinks a baby will keep Vito around? Let us know what you think in the comments below!