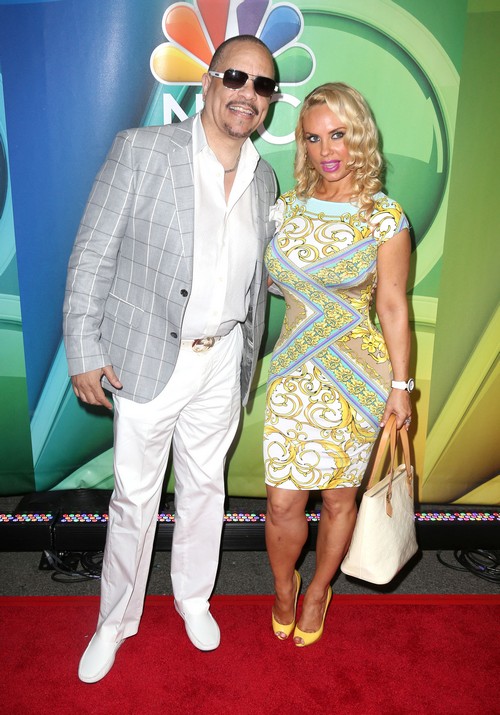 We were all shocked this summer when Coco announced that she was pregnant with her 57 year old husband Ice-T’s baby, and we weren’t the only ones! Apparently Ice-T was reeling when he heard the news, and he even joked to his wife Coco that he wanted a DNA test. Of course, Coco went ballistic and insisted she had been faithful – so Ice-T let it go. But, now we can’t help but wonder, is there a chance the baby is not his?

An insider dished in this week’s edition of Star Magazine, “He joked that he wanted a DNA test, Coco was practically in tears over it. Ice just can’t believe that he is going to be a father again at 57, and he makes jokes because he is a little nervous. He was in the doghouse for a while after that crass joke, but it seems like he definitely got the message.”

So, Ice-T has let the DNA test go – but should he have? After all, Ice-T and Coco’s marriage hasn’t always been all that stable. How could we forget the huge cheating scandal that occurred less than two years ago? Coco cheated on Ice-T with a rapper named AP.9 in Las Vegas, and there were even pictures to prove it. Coco was caught red-handed, and their marriage began to publicly unravel. Somehow they overcame the cheating scandal, but that doesn’t necessarily mean that neither of them has cheated since then. Obviously, we want Ice-T to be the father of his wife’s baby. But, we also are bracing ourselves for a serious scandal when the baby is born – because it isn’t absurd to think that Coco may have cheated again.

What do you guys think? Is 57 year old Ice-T really the baby’s father? Or could Coco have cheated on him again and got pregnant by another man? Let us know what you think in the comments below!