Iggy Azalea Plastic Surgery: Boob Job, Chin Implants, Nose Job, And Botox – Will Anything Be Able To Save Her Failing Career? 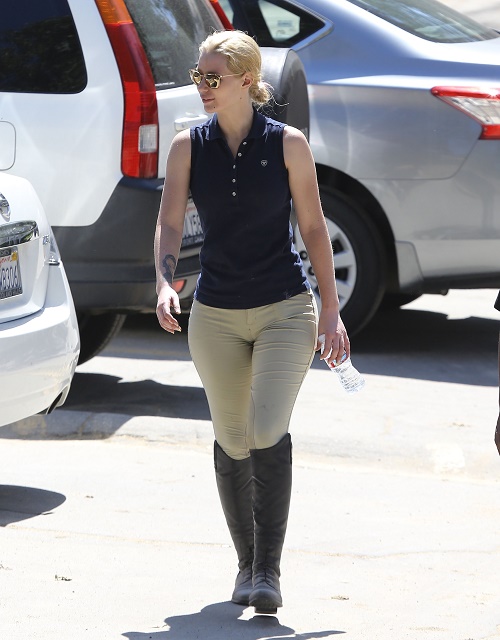 Iggy Azalea’s career is sinking faster than the Titanic, and the rapper’s new addiction to plastic surgery isn’t exactly helping her image. You sound a little foolish rapping about how you are the “realest” when there is hardly anything real left on your body and you look like a completely different person than you did three years ago. Seriously, if you place a photo of Iggy from 2012 next a 2015 photo of the rapper they look like completely different people. They couldn’t even pass as sisters!

The July 13 edition of Life & Style Magazine reveals that not only has Iggy Azalea had a boob job – which she has openly admitted to – but she has had a ton of other plastic surgery procedures too! According to the magazine, Iggy has had a boob job, a chin implant, a nose job, and basically so much Botox and fillers pumped into her face that she is unrecognizable. Rumor also has it that Iggy has dabbled in butt-injections too – but she still has nothing on Kim Kardashian.

Plastic surgeon Dr. Lyle M. Back dished to L&S on Iggy’s work, “She is still quite attractive, but now she looks like someone else. I see Christina Applegate crossed with Kaley Cuoco Sweeting crossed with Keanu Reeves. Someone nipped and tucked it right out of the ballpark.”

Sadly, no amount of nips, tucks, or injections seem to be making any difference in Iggy’s overall success. Despite her ever-changing looks, her songs continue to debut softly on the Billboards – and her recent collaboration with Britney Spears was borderline embarrassing. The two singers actually wound up getting in a feud on Twitter over which one of their faults it was that “Pretty Girls” was such a flop.

Do you think that Iggy Azalea has peaked, or could she still come back? Do you think the plastic surgery is helping or hurting her career? Do you miss the old Iggy? Let us know what you think in the comments below!