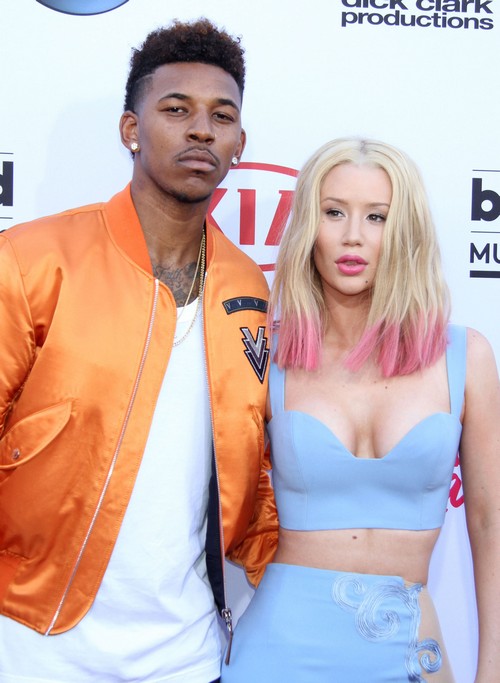 Did Iggy Azalea’s fiancé Nick Young cheat on her, again? Iggy Azalea has had a rough couple of months, her collaboration with Britney Spears on “Pretty Girls” was pretty much the laughing stock of the internet, and then she had to cancel her already postponed tour, and she has confessed in recent interviews that she is having some creative issues on the new album she is working on. The only good thing in Iggy Azalea’s life right now is her engagement to longtime boyfriend NBA player Nick Young. But, according to a new report – even that has gone sour.

The July 6 edition of OK! Magazine reveals that Nick Young cheated on fiancée Iggy! Nick proposed to Iggy on June 1 at his 30th birthday party in front of all of their close friends, and Iggy couldn’t wait to hop on social media and share pics of her engagement ring – the rapper is reportedly already diving head first in to wedding planning. But, all that could come to a screeching halt because a woman has come forward and claimed that she had sex with Iggy’s boyfriend!

British television personality Donatella Panayiotou dished to OK! Magazine that she met Nick Young in August 2013, and they had a year long affair leaving in to the summer of 2014. Donatello shared screen shots of text messages she received from Nick with OK! Magazine and she revealed, “We took things slow because I was travelling back and forth between Los Angeles and England. He told me it [his relationship with Iggy] was a PR thing, they weren’t really together.” Donatello dumped Nick in 2014 when she found blond hair extensions in his bathroom, and realized that he really was sleeping with his “girlfriend” Iggy.

Ironically, this is not the first cheating scandal that Nick Young has been caught up in, just last year he was photographed with a mystery brunette leaving his house in the wee hours of the morning – and it wasn’t Iggy. Do you think Iggy Azalea will cancel the wedding because of Donatella’s affair with Nick? Or will she forgive him and carry on with the wedding plans? Let us know what you think in the comments below!