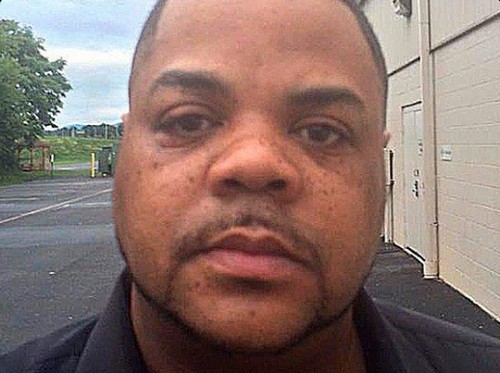 On August 26 the “TV Shooter” Vester Lee Flanagan II opened fire on a crowd of people during a live news broadcast in Roanoke, Virginia killing two of his former co-workers at the news station: Alison Parker and Adam Ward. As more and more chilling details surrounding the deranged shooter come to light – it is becoming clear how disturbed he really was. Not only was Flanagan obsessed with pornography, he also had a bizarre obsession with the actor Jake Gyllenhaal.

This week’s edition of National Enquirer reveals that Vester Lee Flanagan was obsessed with the movie “Nightcrawler,” which Jake starred in, and he was determined to reenact the crime thriller. The tabloid explains, “Jake’s character Louis Bloom became so deranged that he began arranging crimes – one of which resulted in the death of a colleague, who he then filmed dying.”

Considering how twisted the “TV Shooter” was – we will probably never know exactly why he took the lives of his innocent former co-workers Alison Parker and Adam Ward on that fateful day. Have you been following Vester Lee Flanagan II’s case? How strange is it that he modeled his murders after Jake Gyllenhaal’s movie “Nightcrawler?” Do you think Jake Gyllenhaal could have been in danger and never really knew it? Let us know what you think in the comments below!