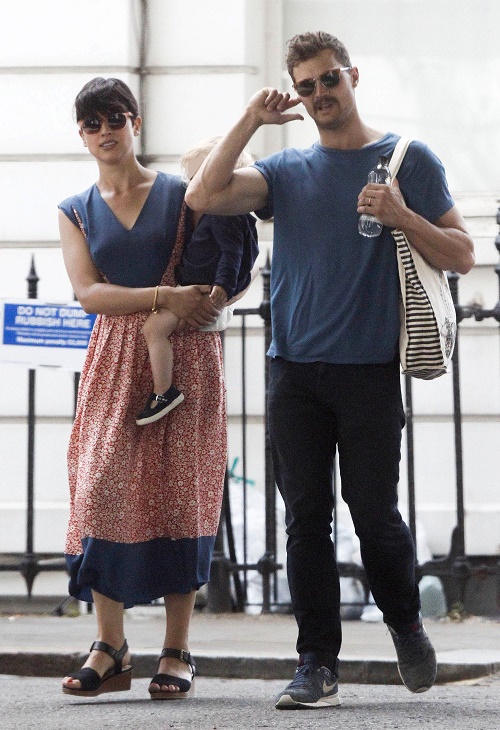 It looks like Jamie Dornan got a taste of his character Christian Grey’s lifestyle – and he doesn’t want to give it up. According to a new report from this week’s edition of Star Magazine, Dornan was caught at a bar in the Czech Republic flirting with a handful of his fans and buying them drinks all night long.

An eyewitness dished to Star Magazine, “After posing for a photo with one blond, he kissed her on the cheek as she tousled his hair. He asked another girl, “How do you say you have beautiful eyes” in Czech? We were making bets on who he would go home with. We had no idea he was married!”

Jamie Dornan was pretty humble before he landed the role of his lifetime in Fifty Shades of Grey, and rumor has it that his new fame and reputation as a sex symbol is really going to his head. Judging from the fact that he was at a Czech bar kissing fans and buying them drinks all night – there is probably some truth to those rumors.

At this rate, Jamie and his wife Amelia Warner could be the next celebrity couple to take a trip to Splitsville. Do you think Jamie has been getting a little too friendly with fans? Does his wife Amelia know how flirtatious he is while he is out of town? Let us know what you think in the comments below!