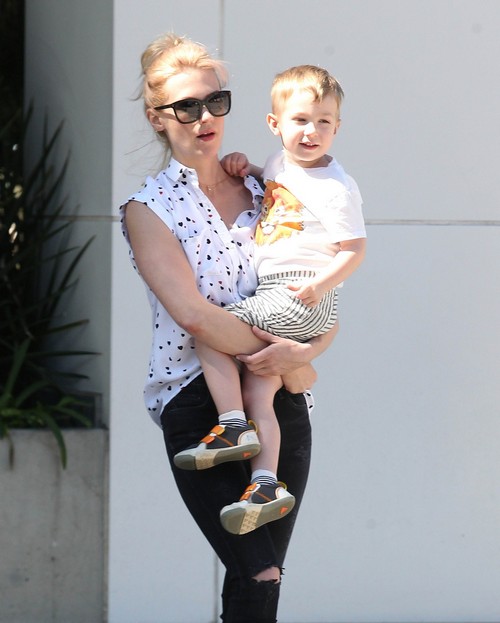 As LaineyGossip.com points out, Hollywood is often one weird, weird circle of incestuous relationships that keep mixing with each other – exactly like high school, except way more attractive and to a much higher degree. How is Jason Sudeikis okay with his ex-girlfriend dating one of his best friends, especially when he might be the father of her baby? I’ll tell you how – because he’s with someone else [Olivia Wilde] and has a baby with her!

Anyway, both US Weekly and People have confirmed that January Jones and Will Forte are actually dating, not just hooking up. God knows who January Jones had to homewreck to land up actually dating somebody, but hey, good for them. At least this’ll keep her busy and away from married, engaged, or otherwise taken men. Plus, Will Forte’s career is about to blow up, especially after going under the radar for a very, very long time. He’s been a solid comedic presence in film and TV for decades now, but ‘The Last Man On Earth’ is doing very, very well, and Will’s been getting rave reviews for his performance.

What do you guys think about January Jones and Will Forte dating? Does anybody actually care who January Jones is dating, or is her entire situation far too boring and gossip-free to even care? Or perhaps Will Forte incites more interest than her? I doubt it though – this is a fairly boring couple, as far as Hollywood couples go.

Let us know your thoughts on this new pairing in the comments below.