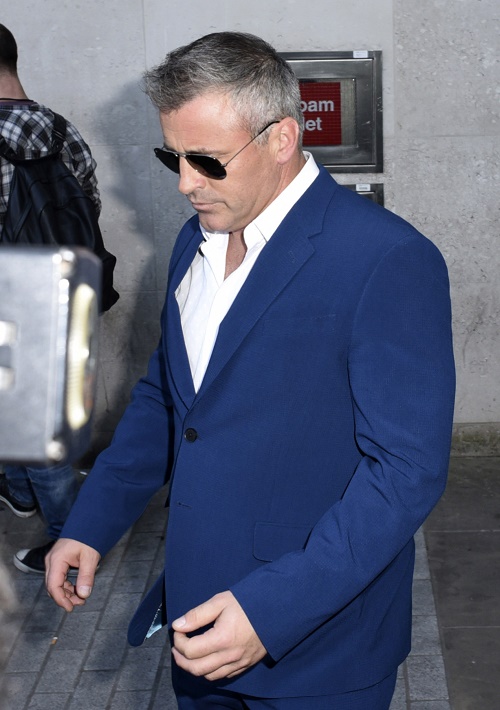 Over the course of the past decade, the world has felt for Jennifer Aniston, the unlucky in love actress was dumped and divorced by her husband Brad Pitt after he cheated on her with his now wife Angelina Jolie – or so we thought. This month, a shocking new report revealed that Jennifer Aniston was not the innocent victim of Angelina Jolie’s home-wrecking like we all believed – as a matter of fact she cheated on Brad first, with her Friends co-star Matt LeBlanc!

Matt LeBlanc’s father Paul revealed in a tell-all interview that his son used to brag about hooking up with Jennifer Aniston in their dressing rooms on the set of Friends, while she was still married to Brad Pitt! Obviously, this bombshell changes everything, and basically will rewrite history. Basically, Angelina Jolie isn’t the home-wrecker that we all thought she was. And Jennifer Aniston is by far not the innocent victim the media has perceived her to be over the years.

Some diehard Jen fans aren’t doubting Matt’s father’s claims, but if you think back to 2004 – the signs were all there. Not only did Jennifer Aniston and Matt LeBlanc have amazing chemistry on their hit show, Friends, but the paparazzi actually snapped pictures of them kissing on the street in Los Angeles which was later laughed off as “practice” for their upcoming scenes on Friends. According to Woman’s Day Magazine, the day that the pictures of Jen and Matt were taken in LA, there were absolutely no camera crews in sight – and it looked like much more than just rehearsal for an upcoming makeout scene on Friends.

Do you think that the reports are true, and Jennifer Aniston cheated on Brad Pitt with Matt LeBlanc? Does this mean that Brad and Jen’s marriage was already wrecked long before Angelina Jolie came along? If all of this is true – how low is it for Jen to let everyone keep believing she is an innocent victim, and Angelina ruined her marriage? Let us know what you think in the comments below!