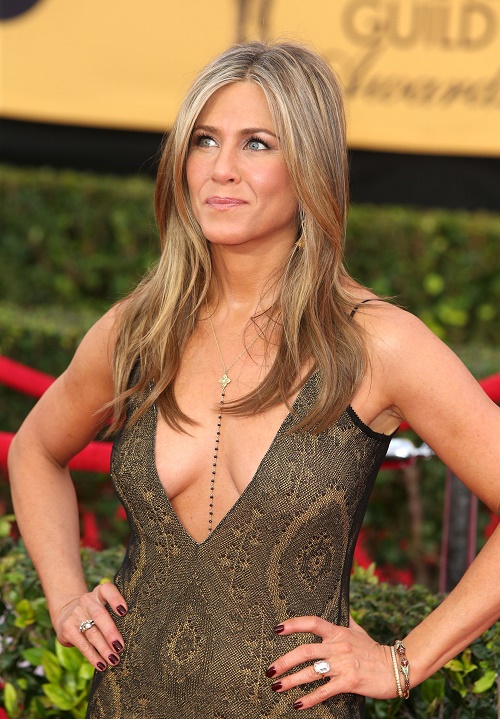 The February 9th edition of OK! Magazine reveals, “The wedding is set for spring in Los Cabos, Mexico. She’s been nonchalant about the whole thing for so long, but now that the date is pinned down and the dress and venue are picked out, Jen’s bubbling over with joy.” It’s no secret that Jennifer Aniston and Justin Theroux want to start a family together – and it was recently confirmed that Jen has been trying to get pregnant. And, according to OK! Magazine’s sources – Jen’s dreams of having a baby are finally coming true!

OK! Magazine’s inside sources reveal, “Jen’s friends are a buzz with speculation that her sudden nuptial dash is due to a bun in the oven. She is playing things close to the vest, but her friends are wondering. Babies have been on her brain, and she has always said that she would like to be married before little ones come along.”

It sounds like 2015 is going to be a big year for the unlucky in love Friends star, Jennifer Aniston has had a tough time when it comes to relationships ever since her epic break-up with Brad Pitt, years ago. Jen has finally laid the past to rest though, and is ready to officially move on and begin a new life with Justin Theroux, and their alleged baby bump. Have you followed Jennifer Aniston over the years? Do you think that OK! is correct and 2015 will finally be the year the Jennifer Aniston & Justin Theroux wedding occurs – and they have a baby together? Let us know what you think in the comments below!