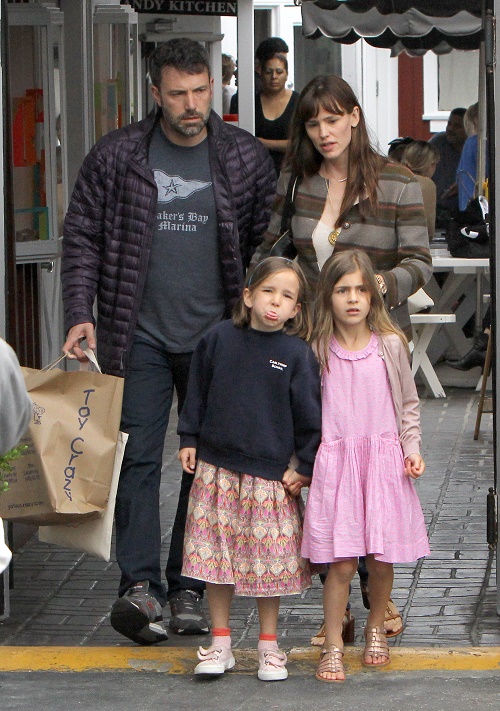 Jennifer Garner is divorcing Ben Affleck, her husband of 9 years! Just a few weeks away from their 10 year wedding anniversary, Jennifer and Ben are embroiled in a messy $150 Million divorce and custody battle over three children: Violet, Seraphina, and Samuel. The June 22 cover of Star Magazine teases some juicy inside details surrounding the couple’s divorce, and some information on Ben Affleck’s alleged cheating and “other women.”

An insider dished to Star Magazine, “Jen is terrified that hookers, cocktail waitresses, and party girls are going to come out of the woodwork and claimed to have hooked up with Ben. She has never busted him for cheating, but she is no fool. There has been buzz about it for years, and she has no idea what he is up to half of the time.” Girls that Ben Affleck met while partying the night away might be the least of Jennifer’s problems though – he has also been linked to numerous other actresses in the past including Blake Lively, Hayley Atwell, and Emily Ratajkowski.

The divorce could literally break Ben Affleck’s bank – and he might have to cut back on his late-night gambling sessions when it is all said and done. According to Star’s insiders, the couple never signed a prenup and Jennifer plans to fight tooth and nail for their $150 Million fortune. Jennifer also plans on taking Ben to court to get custody of their three kids – but he most likely won’t put up much of a fight. Star’s report goes on to reveal that Ben Affleck is already shopping for a New York City bachelor pad, and he plans on moving to the opposite end of the country and as far away from Jen and his responsibilities as a father as soon as he can.

What do you think of Jennifer Garner and Ben Affleck’s divorce? Is there any way their marriage could be saved, or is it too little too late? Do you think that Ben will ever see his kids once the divorce goes through? Or will he leave Jennifer alone to raise three kids by herself? Let us know what you think in the comments below!