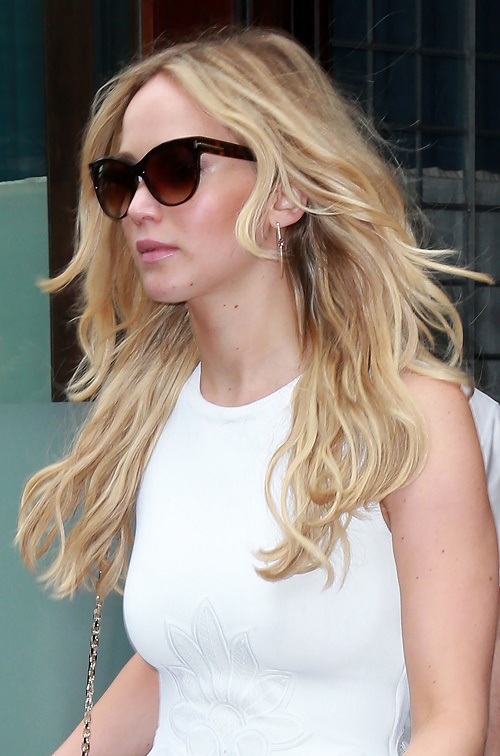 Chris Martin and Jennifer Lawrence are broken up – again, or still. Chris and J-Law began dating right after Chris “consciously uncoupled” from Gwyneth Paltrow. After months of dating Jennifer while still married Gwyn, Chris finally filed divorce papers and fans believed it was because he planned to ask Jennifer Lawrence to marry him – it looks like there won’t be a Martin/Lawrence wedding any time soon though.

According to a new report from US Weekly, Jennifer and Chris Martin broke up and went their separate ways because of Jennifer’s busy work schedule. A source dished to US Weekly, that Jennifer has been working non-stop on her new film X-Men: Apocalypse, and that the couple has barely saw each other during the last few months. Ironically, while J-Law has been on the set of X-Men, she has been working side by side with her ex-boyfriend Nicholas Hoult – which is definitely a bit suspicious. It’s no secret that Hoult is still madly in love with Jennifer and planned to try and woo her back while they were on set together – it looks like he may have accomplished his mission.

Chris Martin isn’t exactly sitting at home binge-watching sappy movies and eating pints of ice cream. Just last week, he was spotted on a romantic stroll through the park, arm in arm with Kylie Minogue in London. When Chris and Kylie were photographed, rumors instantly hit the internet that Chris was cheating on Jennifer Lawrence. So that definitely could have contributed to their break-up. Then again, maybe Jennifer was already cheating with Nicholas Hoult, so she may not have cared.

Chris Martin and Jennifer Lawrence always tried to keep their relationship private, and they rarely spoke out about their romance, or even confirmed it. So we most likely will never know exactly what lead up to the breakup. Do you think Chris cheated with Kylie? Or did Jennifer cheat first with Nicholas? Let us know what you think in the comments below!