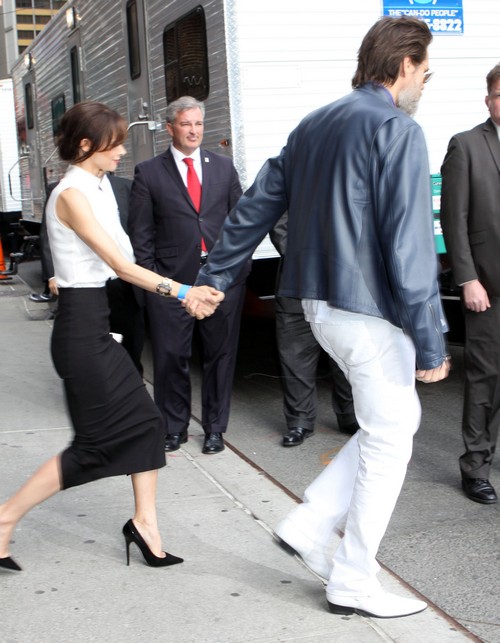 Jim Carrey’s ex-girlfriend Cathriona White was found dead in her apartment on September 28 after reportedly committing suicide. Los Angeles police department is confirming that they were called to the make-up artist’s apartment by one of her friends, they went to check in on her after her break-up from actor Jim Carrey, and found her dead. According to various reports, Cathriona did leave a suicide note, and in it she referenced her break-up from Jim Carrey. So far the actor hasn’t made any comments on her death.

According to Daily Mail, Jim and Cathriona broke up for the second time on September 24. Then, White took to Twitter and shared this disturbing message with her followers, “Signing off Twitter, I hope I have been a light to my nearest and dearest.” It is believed that the Irish native’s death was caused by a drug overdose, but the fact that she left a suicide note means that it was intentional. And, the tweet she sent out on September 24 was an obvious cry for help.

Jim Carrey first met Cathriona White back in 2012, after dating for less than a year the couple broke up and went their separate ways. However, in May 2015 Jim and Cathriona reconnected, and began officially dating again. The couple seemed to be smitten with each other, but there was obviously underlying problems because they broke up again on September 24. It’s still not clear what lead to Cathriona and Carrey’s break-up, however TMZ is reporting that in White’s suicide note she indicated that she was the one who dumped Jim and ended their relationship.

It sounds like Cathriona White may have been troubled before Jim Carrey entered her life, and sadly the actor was unable to help her with her demons. There is no news yet on whether Cathriona’s funeral will be held in Los Angeles, or home in her native country of Ireland – and it is unclear if Jim Carrey will be attending.