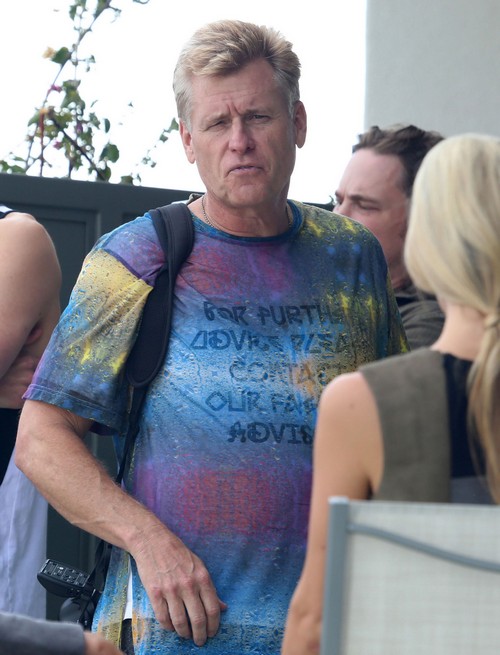 Is Jessica Simpson’s dad Joe Simpson following in the footsteps of Caitlyn Jenner and coming out as a transgender woman? Back in 2012 Jessica Simpson’s conservative father shocked the world when he got caught up in a cheating scandal with another man – and divorced Jessica’s mother after 33 years of marriage and announced that he was bisexual. Since then, Joe Simpson has infamously dated men, and caused quite a bit of controversy in his hometown.

According to a new report from GLOBE Magazine, insiders think that 57 year old Joe Simpson is gradually becoming a woman – just like Caitlyn Jenner, formerly known as Bruce Jenner. A source in Joe’s hometown of Richardson, Texas dished to GLOBE that every time Jessica’s dad steps out of his house, he looks a little more feminine than the last time – and everyone in town is buzzing that he may be transforming in to a woman!

GLOBE’s inside source explained, “It wouldn’t be a total shock to people here if Joe were to carry on his transition from macho man to glam gal. Joe has gotten very girlish about his appearance, constantly primping and trying to appear ‘glam.’ He spends hours perfecting his eyebrows with a pair of tweezers. Nobody could understand why his marriage broke up, but after hearing the rumors about his sexuality it made sense. If Joe shaves his Adam’s Apple, he may be the next Caitlyn!”

Joe Simpson has easily brought more scandal to his family then both of his daughters Jessica and Ashlee combined, and the singers each had some pretty wild moments in the limelight. But, that’s the whole thing – Joe Simpson has always loved the limelight. He might just be trying to piggy back on Caitlyn Jenner’s transgender success and media firestorm, by implying that he may be transitioning as well. There is nothing Joe Simpson would love more than to get half as much attention as Caitlyn Jenner does, and his own reality TV show.

What do you guys think, could Joe Simpson really be transforming in to a woman? Or is he just trying to get some attention? Share your thoughts and theories in the comments below!