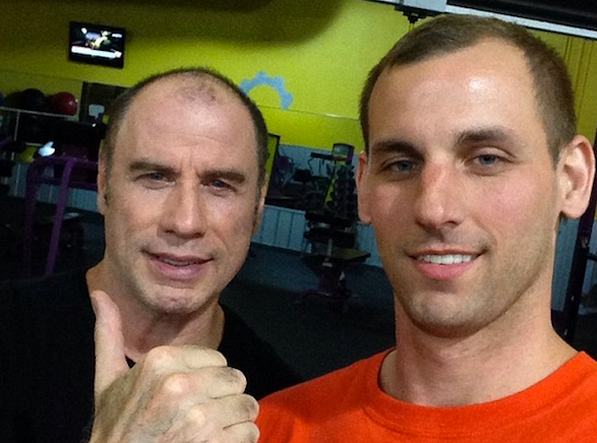 This has been the year of the celebrity divorces, and it looks like we might add John Travolta and Kelly Preston’s name to the lengthy list of couples who have split recently. Despite being plagued by divorce rumors for years, John and Kelly always put on a united front and made regular appearances together – but they have not been spotted together since August 10, over a month ago. And, on August 27 John was photographed out and about with his wife… or his wedding ring!

John Travolta and Kelly Preston have been rumored to be on the brink of a divorce for months, even years. But, it looks like this time around there may actually be some truth to the rumors. According to one of Star Magazine’s inside sources, “I think John finally took off his ring because he is tired of living a lie. John and Kelly are unhappy in the marriage and they have been pretty much living separate lives for years. They are more than friends than lovers, and the buzz is that he has been speaking with attorneys about filing divorce papers.”

The death of Kelly and John’s son Jett in 2009 definitely caused some friction in their marriage, but rumor has it they had plenty to fight about before the tragic loss of their son. Over the years John Travolta has been caught up in numbered alleged gay cheating scandals. Recently the actor reportedly paid off former pilot Doug Gotterba over a million dollars to stop him from writing a tell-all book about the affair he had with Travolta.

According to this week’s edition of Star Magazine, Kelly has grown tired of her hubby humiliating her. The inside source close to the troubled couple added, “There have been so many allegations from men claiming that John has come on to them in a sexual manner, that it has become a huge embarrassment to her.” Of course, a divorce is not going to be cheap or easy for the couple – they are reportedly worth over $240 Million, and there is no prenuptial agreement in place.

DO you think that John and Kelly will be able to save their troubled marriage, or is it time to just throw in the towel? Will Kelly take John for all that he is worth because of all of the gay cheating allegations? Let us know what you think in the comments below!