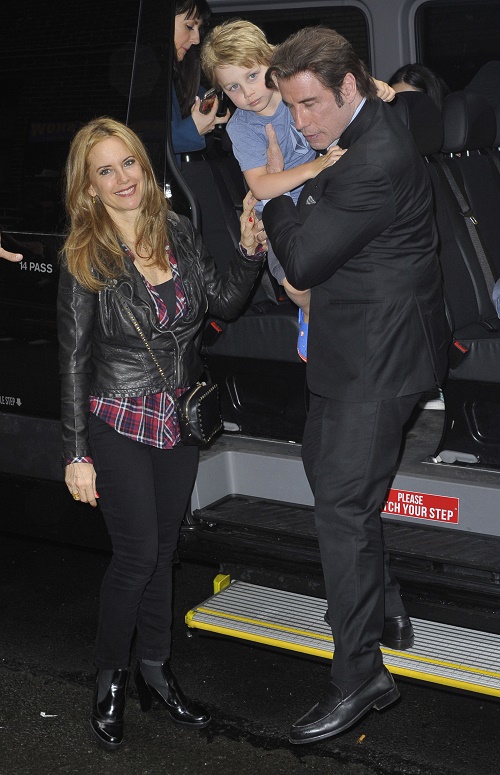 Anybody who understands how Scientology works shouldn’t be shocked to find out that John Travolta’s and Kelly Preston’s marriage is faker than the religion itself, despite John’s many, MANY claims to the contrary. I mean, John Travolta hasn’t exactly made any attempts to hide the fact that he’s gay, has he? The numerous sexual harassment lawsuits against him tell us all we need to know about John’s actual sexuality, but according to Scientology, you can’t be gay.

But since John and Kelly have been married for decades, there are bound to be secrets beneath their union – not to mention, we know John’s sex secrets, but do we know Kelly’s?

According to the National Enquirer, a new tell-all book called ‘Kelly Preston Unscripted’ will reveal all the secrets about John Travolta’s fake marriage to Kelly Preston, and how Kelly’s managed to handle it over the past few decades.

Author Robert Randolph spoke to the Enquirer [via Radar Online] and explained, “In the beginning, I was under the spell that maybe Kelly was the innocent one in the marriage. But that may not be true. I have heard things about her from people I’ve interviewed who claim she’s hiding her own sex secrets.”

Well, of course she is! In what universe would Kelly Preston stay married to John Travolta for this long and NOT have sex secrets? What, she has to stay celibate while John Travolta goes and tries to have sex with every masseuse in Los Angeles county? I’m sure Kelly Preston had her own sexual partners, especially since she had to have known about John’s predilections before they got married.

What do you guys think about this new tell-all book? Are the John Travolta gay rumors true? Do you think it’ll tell us anything we don’t already know or suspect? Let us know your thoughts in the comments below.