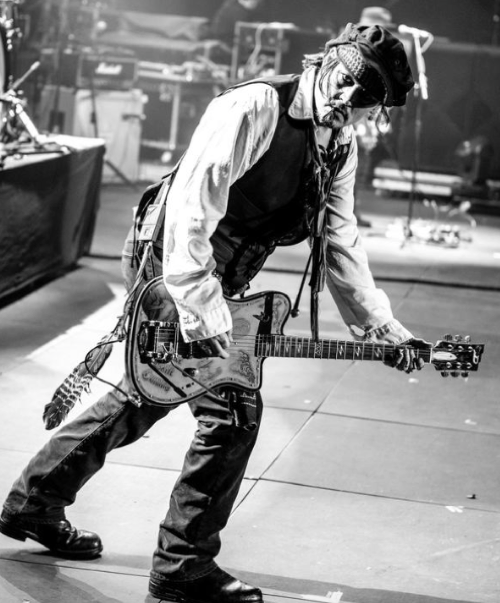 Johnny Depp and Amber Heard’s marriage is hanging on by a thread, the couple has basically been on the verge of a divorce since they tied the knot in a low-key wedding in the beginning of 2015. And, Johnny’s cover band isn’t exactly helping matters any. Johnny Depp teamed up with Aerosmith’s Joe Perry and Alice Cooper to revive the “Hollywood Vampires,” and the group has been performing in Las Vegas.

While Johnny’s aspiring rock career seems to be scoring him some major points with his female fans – his wife Amber Heard is not impressed and it is causing some major strains in their marriage, according to this week’s edition of Star Magazine. An insider dished to the tabloid, “She finds these guys really boring and doesn’t even like the music. This was supposed to be one of Johnny’s pet projects, but it is starting to take over both of their lives. He constantly invites the band and crew over for jam sessions after shows, and Amber winds up just sitting there and watching them until she can’t take it anymore.”

What is really ironic, is when Johnny Depp decided that he wanted to be a rockstar – it was because he was afraid that Amber Heard was going to lose interest in him because of their age gap and fears that he wasn’t hip enough for her. Now, the band that he got together to seem cool and hip is actually making him seem less cool to his much younger wife. At this point, it will be a miracle if Johnnyand Amber make it through the year without finally calling it quits.

What do you guys think? Is Johnny Depp’s cover band the final straw for Amber Heard? Or will they be able to repair their troubled marriage? Will Johnny quit the band for her? Let us know what you think in the comments below!

Check out the video of the “Hollywood Vampires” below!  YAY or NAY?  I’m loving it!  All the Johnny Depp news, RIGHT HERE! 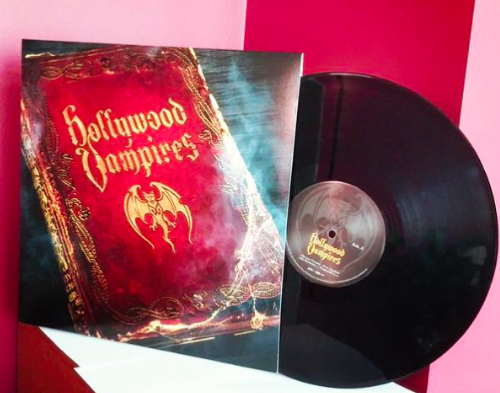