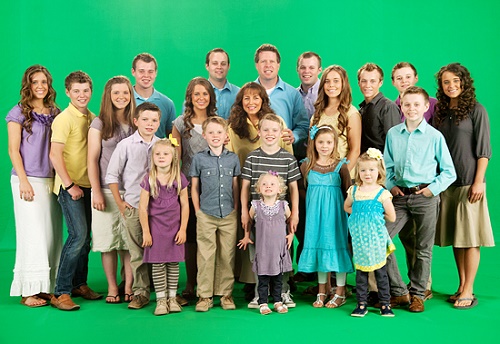 19 Kids and Counting stars Jim Bob and Michelle Duggar have stood by their son Josh Duggar in the midst of their son’s shocking molestation scandal. A police report was leaked to the tabloids revealing that when he was a teenager Josh Duggar molested four of his own sisters. Two of those sisters, Jessa Seewald and Jill Dillard, even helped their parents keep a united front and insisted that they weren’t victims of Josh’s, and the media was over-reacting, their older brother was just “curious.”

Josh’s parents, sisters/victims, and even his wife Anna have all defended Josh’s sexual abuse of his own sisters; however, according to a new report, behind closed doors Josh’s family is furious with him and want nothing to do with him. Here’s the kicker though, they’re not furious that he molested four of his own sisters. After all, Jim Bob and Michelle were well aware of it and they tried to cover it up. They are furious because Josh’s scandal got their popular reality TV show 19 Kids and Counting cancelled – and now they are all going to have to go find real jobs.

An inside source dished to OK! Magazine, “Josh is the reason that the gravy train came to a halt, he has ruined their main source of income and they are all furious.” The insider went on to reveal that Josh and Anna just moved back home to Arkansas. After the scandal came to light, none of Josh’s family would help him move. He and his pregnant wife had to pack up the moving trucks and carry furniture all by themselves.

Jim Bob and Michelle still have 16 kids left to raise and marry off, and they have stretched themselves thin because they were anticipating reality TV show money for many years to come – the Duggars are in some serious financial trouble thanks to Josh being a “little too curious” with his sisters.