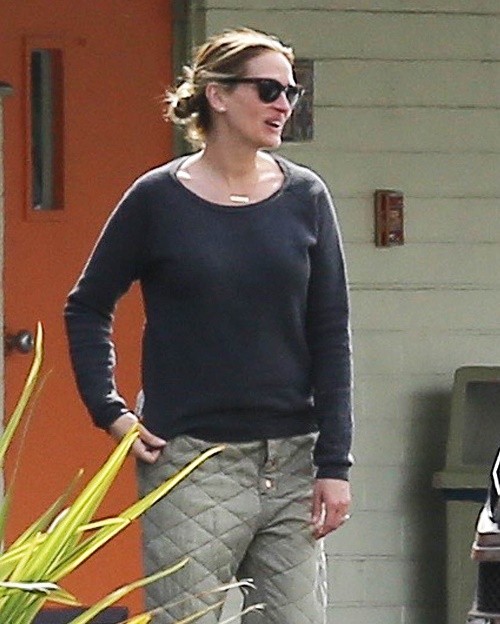 Julia Roberts’ marriage to Danny Moder has reached its breaking point – and rumors of the couple’s impending divorce are starting to become a reality. The actress’s mother, Betty Lou Bredemus, lost her battle to cancer in February 2015 and passed away. Julie Roberts attended her mother’s funeral in her hometown in Georgia – and her husband Danny Moder was nowhere in sight. He actually skipped his mother-in-law’s funeral!

Julia and Danny’s marriage has been hanging by a thread for months, and it looks like this could be the final straw. According to a report in the June 22 edition of National Enquirer, Danny Moder refused to attend the funeral because he and Julia’s mother Betty Lou never really saw eye to eye. An insider dished to the magazine, “Betty never felt that Danny – who was a cameraman at the time and still is – was good enough for her daughter Julia. Neither did she like the fact that he dumped his first wife so that he could take up with her.” National Enquirer’s source goes on to say that Betty wished Julia had married her ex Ben Bratt or stayed with her first husband Lyle Lovett instead, and Danny knew that.

Regardless of Danny’s relationship with Betty, the bottom line is Julia Roberts needed her husband’s support at her mother’s funeral – and he wasn’t there! A witness at Betty’s funeral dished to the National Enquirer that Julia tried to remain strong for her children, who did make the trip with her, but it was obvious she could have used a shoulder to cry on.

So does Danny Moder’s funeral ditching mean that the couple is going to finally file for divorce? Apparently, Danny is fighting tooth and nail to keep their marriage intact now that he knows he royally screwed up, and sources say that he attended a U2 concert with his wife a few days later. National Enquirer explains, “he’s trying to worm his way back into her good graces.”

Can you believe that Danny Moder actually skipped Julia’s mom’s funeral? Do you think that Julia will be able to forgive him, or could this be the final straw and lead to a messy divorce? Let us know what you think in the comments below!