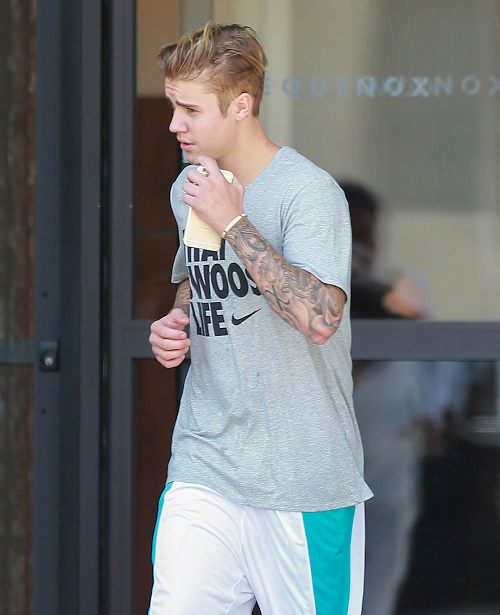 Is Justin Bieber dating Hailey Baldwin again? Just last week a video surfaced of Justin hanging out with his ex Selena Gomez; however, he supposedly is in a relationship with Jayde Pierce. So, you can imagine our confusion when he stepped out in Los Angeles with former fling Hailey Baldwin looking very “coupley.”

Justin Bieber is a pimp. It’s anyone’s guess who the 21-year-old singer is dating this week, because we are seriously stumped. Apparently, his rumored hook-up buddy Kendall Jenner opted to sit out of this round of musical chairs (she is rumored to have moved on with Lewis Hamilton). At this point, the only logical explanation we have for Justin’s dating madness is that Selena Gomez, Hailey Baldwin, and Jayde Pierce have set up some sort of custody arrangement of Biebs. Maybe Selena gets him after-hours, and Jayde and Hailey are alternating even days and odd days?

Jelena fans were in an uproar when it was revealed in an Instagram video that Selena and Justin were hanging out again and had reunited via Hillsong Church. The couple were even reportedly working on their infamous duet together, which has taken over three years to complete and frankly would shock us if it ever seen the light of day. But it looks like Justin isn’t ready to settle down again with Selena just yet (not that he actually settled when they were together). The 21-year-old party boy just doesn’t seem to want to give up his multiple girlfriends.

We’re not sure what is more disturbing: The fact that Justin Bieber literally has a different girlfriend every day of the week or that his different girlfriends seem totally okay with the prospect of sharing Biebs with each other. At this rate, it looks like Jelena fans could be waiting a very long time for Justin to commit to SelGo again. What do you think of Biebs’ many girlfriends? Will he ever settle down? Who do you think he actually wants to be with: Jayde, Selena, or Hailey? Let us know what you think in the comments below!