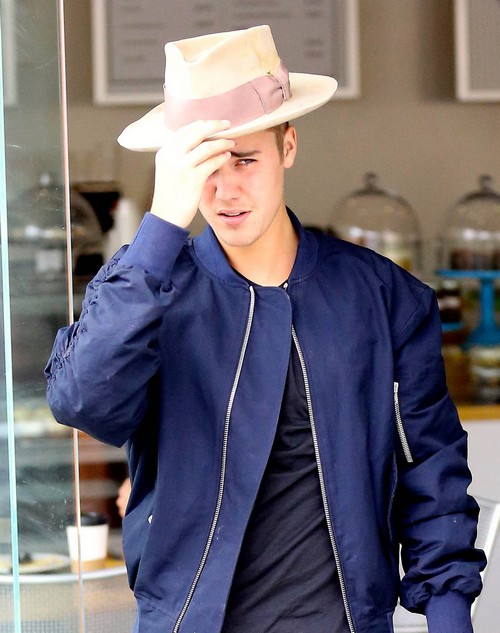 Justin Bieber has his sights set on Ariana Grande – much to Selena Gomez’ dismay. Biebs and Ariana sent the rumor mill into overdrive when they performed on stage at a concert together this month and they couldn’t keep their hands off from each other. Their PDA-fest was so obvious that Ariana’s boyfriend Big Sean took to Twitter to slam Justin Bieber for being a little too friendly on stage with his girlfriend. A few days later Big Sean and Ariana Grande broke up after an 8 month long relationship – further confirming speculations that she was hooking up with Biebs.

Selena Gomez is always caught up in some love-triangle or another with her on-again off-again boyfriend Justin Bieber, but this one is taking a toll on the “I Want You To Know” singer. Selena was dating DJ Zedd at the beginning of 2015 and he treated her like a Princess, seriously his boyfriend skills made Justin Bieber look like a cave man. But, Selena and Zedd eventually broke up so that she could get back together with Justin for the umpteenth time, and SelGo was sure that this time was the real deal. And then Ariana Grande came along…

Justin Bieber has cheated on Selena more times than we can count, but his fling with Ariana Grande is different. Selena never took his steady string of strippers, reality TV stars, and Instagram models seriously, because she knew at the end of the day Justin would always choose her over them. But, Ariana Grande is different. Selena can tell that Justin actually likes her and takes her seriously – and it looks like she may have lost Justin for good this time.

According to sources close to Selena Gomez, the singer is not taking Justin and Ariana’s relationship well and they fear another meltdown and trip to rehab for her. Our insider dished, “Since Justin began spending time with Ariana, he barely picks up Selena’s calls. She really thought they were getting back together and now they are barely speaking. Her insecurity issues were already over the top – choosing Ariana over Selena will be the final blow.”

Ironically, rumor has it that Ariana Grande could care less about Justin Bieber and is just using him to boost her career, just like she did with Big Sean. Ariana may be all pony-tails and cat-ears, but her career comes first over everything and everybody else. Do you think that Selena made a huge mistake breaking up with Zedd to get back together with Justin? Will Justin choose Ariana over Selena? Let us know what you think in the comments below!