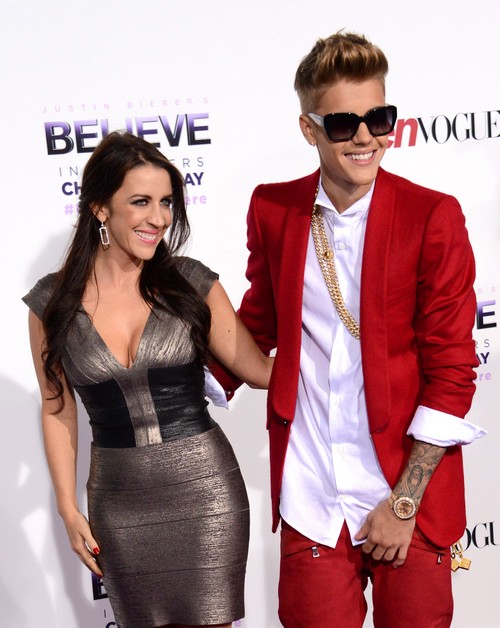 Selena Gomez has been keeping tabs on Justin Bieber – through his mom Pattie Mallette. Justin Bieber and Selena Gomez are never getting back together, there is some major bad blood between the notorious exes as of late. Justin just announced this week on Ellen DeGeneres that he is “single and ready to mingle.” And insiders have reported that Biebs is fed up with Selena using their relationship to promote her new album, which is dropping next month.

According to a new report from Star Magazine, Justin just found out that Selena is still talking to his mom Pattie on a regular basis – and he is not happy about it. An insider dished to Star Magazine, “Justin flipped out, he had no idea they were still in touch. He doesn’t want Selena and Pattie to be so close – it’s weird.” We’re not exactly shocked that Pattie and Selena forged a relationship, after all she was a part of Justin’s life for over three years. But, considering the bad blood between them now – it is definitely not cool that Pattie is still besties with her son’s ex. Where is the loyalty?

The inside source went on to point out that, “Eventually Justin will get serious with someone. And, it is going to be awkward if Selena and Pattie still talk all the time.” Well, yeah. How would you feel if your boyfriend’s mom was on his ex-girlfriend’s team? Justin’s new girlfriend won’t stand a chance at fitting in with his family if they think Selena Gomez was a better fit for him.

Now, the obvious question, is Selena friends with Pattie Mallette because she cares – or just because she wants to keep tabs on Justin? What better way to know what your ex is really up to, than by asking his mom? Is Justin being paranoid, or is SelGo crossing a line? Let us know what you think in the comments below!